Mother is not just a word but an emotion. She plays an important role in the family. She looks after her children, house and keeps working like a machine and she does everything for the family. There is no denying that a mother’s job is the toughest job in the world. In this article, we will take a look at mothers who balances their work-life and family life.

The story of Raipur DSP Archana Jha is one that needs to be told to inspire the women in our country. Her story highlights women power. The brave officer patrols at night with her daughter in arms. Let’s take a moment to appreciate her.

It should be noted that Archana has the responsibility to vigil the city for 2 nights in a week. In the absence of her husband who works in Bilaspur, it is literally not possible to leave her daughter alone at home. There is nobody to look after her daughter and she decided to carry her in arms.

Without duty came calling her, she wasn’t one who made lame excuses but instead, she agreed to work with her daughter when it mattered the most. When the situation demands, she has to spend the entire night on the streets of the city with her little angel accompanying her.

Even at the time of pregnancy when a lady is supposed to take bed rest and take care of herself, the brave lady cop was moving about in an energetic manner in the streets of Chhattisgarh organising security of the events of Chief Minister.

The lady cop took the maternity leave for just 4 and a half months. However, the leave has now been increased to 6 months in the state.

Alia carries her baby daughter on her left whereas the small sling bag (she holds all chits and currency notes) at the right. Alia accompanies her daughter every day whom she also feeds in the TSRTC bus itself. This is how she has been managing throughout the day.

It is not so easy to be a mother and a bus conductor, but Alia Jehan proved that she can balance her career and personal life incredibly well. She currently works as a bus conductor at Sangareddy Depot with TSRTC.

She carries her baby daughter on her left whereas the small sling bag (she holds all chits and currency notes) at the right. Alia accompanies her daughter every day whom she also feeds in the TSRTC bus itself. This is how she has been managing throughout the day.

Alia tells that she didn’t get the backing of her family because it was an inter-religious marriage. In this case, there was no one who came forward to take care of her child at home. So, this is why she accompanies her daughter along daily. According to Alia, even her husband takes the elder son with him along to work.

“Mine was an inter-religious marriage so we don’t have any family support. There is nobody to take care of my child at home, so I get her along. Even my husband takes our elder son along to work,” Alia was quoted as saying by News 18.

Alia, A B.Com graduate, had requested officials to give her office work for some time but unfortunately, she was told there was no vacancy. However, the officials came forward to help her by putting her on an Express bus service as compared to the ordinary bus service.

“As I was on leave to take care of my child, I missed the opportunity to become regularised. Now, I am back to work, hopefully, I’ll be regularised soon,” said the mother.

Mother of a 4-year-old child, Tops the IAS exams- She studied all night without feeling tired

Ambitious people never give up on dreams, come what may. So far, the majority of India witnessed that girls, after getting married remain loyal to their husbands and take care of their children till their last breath. There are some girls with a burning desire to unlock the achievements and one of such girls is Anu Kumari.

There is nothing that can stop a woman from touching the pinnacle of success. Anu Kumari proved that a girl can do anything to fulfil her dreams. The 31-year-old pulled off a spectacular second rank in the Union Public Services Commission (UPSC) Civil Services exam 2017.

Hailing from Haryana’s Sonepat district, she is married to a businessman and has a four-year-old son. Anu Kumari has the prestigious Physics Honours graduate from the Hindu College, Delhi University. She did MBA from IMT Nagpur and following that Anu plied her trade with grit and determination in the private company for nine years before she decided to unlock her achievements to fulfil her dream.

She said that she decided to take a call on her working career when there was no satisfaction but pressure. “My job was good, but there was no internal satisfaction. It all became so mechanical that at one point I could not take it anymore. So I decided to quit and take up something through which I can contribute to society,” she told the Hindustan Times.

Anu Kumari decided to follow her dreams and at the second attempt, she cleared the exam. She strongly believes that she can do much good for the society. “Technically this was my second attempt, but I consider it as my first only because I could not prepare at all last time. I’m glad that I cleared it this time or next year would have been my last attempt due to the age limit,” she said.

Two years ago, Anu Kumari left Aviva Life Insurance, to begin ideal preparations for UPSC civil services exam. She missed out on her first attempt in the prelims in 2016 by just one mark. The 31-year-old said she wants to join the Indian Administrative Service (IAS) and bring a change in the lives of women and children.

She said she wants to be the icon and emphasises on the subject of women’s empowerment. “I come from Haryana, where we see regularly the regressive nature of society and increasing crimes against women. Since I have got this amazing opportunity now, I would like to make most of it and work on women’s empowerment,” she said.

When asked about the secret behind her success, Anu said she did all by herself without losing focus. “I did not take any coaching. I studied myself and ensured I don’t lose focus,” she shared. 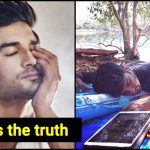 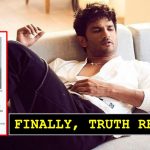