The faceoff between Maharashtra government and actor Kangana Ranaut seems to be intensifying further. The actress has been very vocal about Sushant Singh Rajput’s death case since the very beginning. Starting from igniting the debate of ‘insiders vs outsiders’ in Bollywood to demanding justice for the late actor, the actress has done it all.

Maharashtra Chief Minister Uddhav Thackeray and Sanjay Raut have used abusive language against Kangana which shows how much they respect women. Shiv Sena leader Sanjay Raut crossed all limits and called the actress “haramkhor ladki”. Raut also gave her an open threat to not come back to Mumbai. Kangana was later given Y-plus category security by the Centre.

Later, Shiv Sena-controlled BMC demolished Kangana’s office in Pali Hill, Bandra before the actress landed in Mumbai on September 9. After which, the actress lashed out at Maharashtra Chief Minister Uddhav Thackeray for demolishing her house. She also shared a video stating that she now understood how Kashmiri Pandits felt after property was vandalised.

In the video, Kangana can be heard saying in Hindi, “Udhhav Thackeray, do you think that you along with the film mafia broke my house and took big revenge? Today my home is broken, tomorrow your ego will be broken. This is the wheel of time. Remember this. It doesn’t always remain the same. I think you have done me a huge favour because I always knew what the Kashmiri Pandits have gone through, today I felt it.”

Asha Ranaut said “our family was associated with Congress party since the beginning. Despite knowing this fact, Home Minister Amit Shah has provided security cover to my daughter, which saved her life during her visit in Mumbai on September 9. We are thankful towards people of India that in this tough time, they supported my daughter Kangana.”

“Anything could have happened with her in Mumbai if the Central Government had not provided security cover to my daughter,” she added.

Asha Ranaut condemned the Maharashtra government for demolishing her daughter’s house. “What Maharashtra govt did is condemnable. I condemn that in harshest of words. I’m happy that entire India is standing with my daughter and people’s blessings are with her. I’m proud of her, she always stood by truth and will continue doing that,” the senior Ranaut said.

Speaking to media Asha Ranaut said that despite the fact that their family has been staunch Congress supports for decades and had no connections with the Bhartiya Janata Party, it was Home Minister Amit Shah who came in support of Kangana and provided Y+ security to her daughter. She would remain forever grateful to the Home Minister, for providing her daughter with the security cover, said Asha Ranaut.

“Come Udhav Thakeray and Karan Johar Gang you broke my work place come now break my house then break my face and body, I want world to see clearly what you anyway do underhand, whether I live or die I will expose you regardless,” she took to Twitter to say. 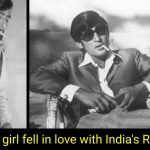 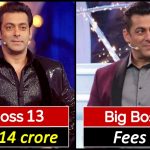