Yograj Singh, the father of ex-cricketer Yuvraj Singh, has landed himself in controversy after he made provocative speeches amid the ongoing farmer protests. After raking controversy for justifying the “Indira thok di” comment and supporting the threats to kill India’s Prime Minister, the former cricketer and actor has tried to defame Hindus.

Multiple videos of Yograj Singh, Yuvraj Singh’s father, have gone viral on social media where he has been giving provocative speeches amid the ongoing farmer protests. In one of these videos, the former cricketer can be heard making extremely derogatory remarks against Hindus and Hindu women.

In this video, Yograj Singh is heard saying “Yeh woh log hai jinhone hamare saath gaddari ki hai, yeh woh kaum hai jinhone hazaron saal gulami ki 5000, 7000 saal” roughly translated as (these are those people who have betrayed us, this community has been slaves for thousands of years).

This was, however, not where he stopped. Yograj Singh humiliated Hindu women by saying “Inki aurate take-take ke bhaw bikti thi” (their women were sold for two cents). When their women and daughters were abducted by people like Ahmed Shah Durrani and sold off for a paltry sum, it was we Sikhs who saved them, said Singh.

Though Yograj Singh does not explicitly mention Hindus in the videos, it is clear from the speech that it is what he meant. Yograj Singh speaks at the farmer’s protest.

In an attempt to instigate the farmers, Singh furthered: “our leaders have betrayed us. We voted for them and brought them to power and they instead stabbed the farmers in the back. He said that in the past, he has witnessed how these political leaders were auctioned for Rs 5 crore, 10 crore, 15 crore, 20 crore…in Delhi.

Yograj Singh went on to target PM Modi and HM Amit Shah for being Gujaratis. He said he had spent 15 years with Gujaratis in Mumbai. “These people would take a u-turn even if they swore on their mothers, sisters, and daughters,” he said.

He said in the end, it is the fight of the sentiments. There is nothing wrong with making such statements. Pointing out to PM Modi, he said that the government should not make any statements that may divide the people of India. During the current agitation, a Sikh farmer from Punjab had said that if we can kill Indira, we could kill Modi as well.

He further accused the central government of carrying out ‘atrocities’ worse than those carried out by barbaric invaders like Babur, Aurangzeb and the British. Comparing PM Modi with the devil, he said, “I have seen him [PM Modi] and other leaders in the central government. Their faces look like the face of the devil.” He had also gone on to threaten PM Modi and HM Amit Shah. 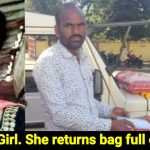 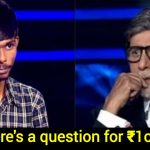