Where there is a will, there is a way. The 20-year-old youth, Tej Bahadur Singh from Bareilly, Uttar Pradesh, has become the first male contestant to reach the Rs 1 crore question in KBC 12.

The popular game show Kaun Banega Crorepati (KBC) has changed many lives. Many have attained new heights in their career after winning this famous show. Tej Bahadur, who is pursuing his 3rd-year Diploma in Civil Engineering, correctly answered 14 questions with the help of lifelines and has won Rs 50 lakh.

Kaun Banega Crorepati 2020 hosted by Amitabh Bachchan was premiered on September 28. Big B asked the Fastest Finger First question and Tej Bahadur Singh answered the question the quickest and landed on the hot seat. As always, a video introducing the contestant was played before the QnA round. Seeing the video on the screen, Tej broke down in front of the show’s host and talked about his struggles. Big B consoled him and wished him luck for the quiz game. Tej Bahadur is pleased that he has won Rs 50 lakh.

During his introduction video, Tej talked about the challenges he faced to reach on the show. He says that he wants to become an IAS officer. Tej revealed that his family lives in a Kacha house, with no electricity supply, as the monthly earnings are spent to fulfill daily necessities.

While chatting with Mr Bachchan, Tej revealed that people work so hard in farms but after working endlessly for four months, they could only make 3500. He even told that after working hard in farm daily, he got so tired that he used to consume pain killer tablet in order to study during night for his Engineering course. Tej shared that his father has taken loan for his brother’s studies and his mother had to mortgage her jewellery in order to pay his college fees of Rs 11,000 and travel to Mumbai for the KBC 12 shoot. He added that the earrings, she is wearing on the show is his aunt’s.

Applauding both mother and son for their efforts, Mr Bachchan began the game with him. Tej smartly answered all the questions and won Rs 20,000. When Big B asked Tej about education and his village, he told him that kids are talented but they are still deprived of education due to lack of facilities. He stated that he aspires to become IAS but whenever he tells his uncles that he wants to be an IAS, they make fun of him and say that only rich kids can become IAS and DM’s, and he should better concentrate on farming. He even told him that people from his village are not aware of KBC as they don’t have TV sets, but they have watched Mr Bachchan’s films. Big B thanked him and continued the game.

Big B was fascinated by Tej’s intelligence and was all praise for the way he played the game. Tej continued to play well and went on to grab Rs 3,20,000. Tej shared that his mother, Raj Kumari has always supported him and his younger brother by pushing them to pursue the education of their choice. As the game progressed and Tej kept answering question and winning cash prize, he discussed what all he plans to do with the amount.

Host Mr. Bachchan praised Tej Bhadur Singh that his parents have rightly named him because he is bright and fast. Big B will be continue the game with Tej in Thursday’s episode when the 20-year-old will face the Rs 1 crore question. 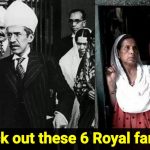