Punjabi singer and actor Diljit Dosanjh has time and again proved his mettle as an actor, as his on-screen performances have worked magic with the audience. Besides being lauded for his several successful stage performances, the actor is also known for his witty posts and comments on social media.

Now, ‘Good Newwz’ actor Diljit Dosanjh has once again caught the attention of netizens as his tackily Photoshopped picture with US President Donald Trump’s daughter Ivanka Trump at the Taj Mahal got the internet smirking.

Diljit Dosanjh has photoshopped himself in Ivanka Trump’s picture where she can be seen sitting in front of the Taj Mahal. He took to Twitter and wrote, “Me & Ivanka Piche hee Pey Gaee Kehndi Taj Mahal Jana Taj Mahal Jana..#tajmahal Mai Fer Ley Geya Hor Ki Karda (She was after my life to take her to Taj Mahal. So I took her, what else could I have done?).”

It is to be noted that not many people have objected to his funny post. They have instead taken it as light humour, when actually, Dosanjh is behaving like a social media predator. Dosanjh’s way of showering one-sided ‘love’ on India’s guest is similar to Bollywood’s idea of ‘romance’ – harassment and stalking.

Dosanjh’s eye-catching Photoshop gimmick epitomises the ‘no permission needs to be taken’ attitude most Indian men display. And Diljit Dosanjh is a repeat offender.

In 2017, Diljit declared his love for Kylie Jenner. His comments on the Kardashian sisters’ pictures on Instagram created a huge buzz on social media. In fact, the list has increased in the last two years with him commenting on Gal Gadot and Ivanka Trump too. This is classic creepy ‘uncle’ behaviour.

Dosanjh’s behaviour is like every online stalker who keeps commenting on pictures of women and girls, flooding their DMs and asking absurd sexist questions.

“Acha gal sunn… aj gobi wale pranthe bana li… daee mai fadh ley aunga… (Listen, make gobi parantha, I will get the curd).” This was Diljit Dosanjh’s unsolicited comment on a picture of actor Gal Gadot chopping vegetables. It sounded like the Indian man’s version of “make me a sandwich”. It is not light humour, it is downright stereotyping.

Why can’t a woman chop her vegetables at her house, at her will, without taking other people’s food orders? Why can’t she be left alone without being asked to cook something for a man?

“Kudi Punjaban lagdi ah… (the girl looks Punjabi),” is another one of his comments on Gadot’s Instagram picture. Again, he projects his idea of a ‘good’ and ‘desirable’ Punjabi woman onto Gadot. If this isn’t the same behaviour we otherwise call toxic and obsessive, what is?

“Fittey Muh .. (What nonsense)” is what Diljit commented on Kylie Jenner’s intimate picture with her ex-boyfriend Tyga. But why Why is Diljit bothered? This is just one of Diljit Dosanjh’s many comments on Jenner’s photos. His scary obsession with Kylie Jenner has been going on for years now.

Dosanjh’s behaviour is not only embarrassing but also tarnishes India’s image. It is to be noted that such behaviour of a celebrity encourages the Indian man’s obsession with foreign white-skinned women. Remember that Dosanjh is a Bollywood celebrity, with lakhs of fans.

In an interview with PTI Diljit Dosanjh revealed about his crazy obsession with Kylie Jenner. When asked about love he said, “I love her very much. Now, more than loving her, what makes me happy is how much people are interested in my comments. I never leave any chance to comment. But she hasn’t replied yet, may be soon. Also, I comment in Punjabi, so that she doesn’t reply. My people should have fun that’s it.”

However, we are also at fault because we never stopped him, instead, some of us have admired him, called him ‘down to earth’ and referred to him as the ‘Pride of Punjab’. We can start with a small step. Let’s stop laughing at Diljit Dosanjh’s cheap idea of humour.

DISCLAIMER: The above information is sourced from ThePrint websites. The Youth does not guarantee a 100% accuracy of the given data. 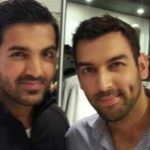 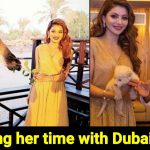