Cricket is the most-watched sport in India. Though there are several other sports that aim to entertain the audience, the majority of the people are more into cricket because they believe it’s not just a sport but a religion.

Talking about the Indian cricket, without second thoughts, fans boast about Virat Kohli, Rohit Sharma or MS Dhoni but they are least bothered about women cricketers who are giving absolutely everything to win the match for our country.

There is no hiding from the fact that Priya Punia, the new young sensation of the Indian women’s team has captured all the attention since her debut in 2018. Hailing from Jaipur, Priya Punia is known for her aggressive style of play that made her the new rising star of Indian women’s cricket.

The 24-year old took to Instagram to conduct a question-answer session with her followers. She put up a story on Instagram to invite some questions for a ‘Ask Me Anything’ session. Her reaction to one of the questions has caught everyone’s attention on social media.

The fans asked her different types of questions related to her personal life. The question, that is doing the rounds on social media, was the one about her boyfriend. The question went viral on the internet because of Priya Punia’s hilarious reaction. One of her fans asked if she has a boyfriend.

In response to this question, Priya Punia didn’t write anything but posted a short video reaction with a startled expression. Among other question-answers, she revealed that if not a cricketer, she would have ended up as a badminton player. She went on to reveal that Allu Arjun is her favourite South Indian actor. She said that her favourite Rajasthani food is ‘Choorma Laddoo’.

Priya Punia was recently seen in action in the Women’s T20 Challenge. She represented Supernovas who lost to Trailblazers in the final. Priya Punia made her India debut in 2018 and has played five ODIs and 3 T20Is so far. 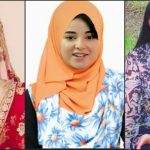 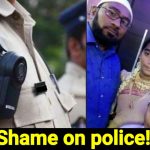