“See the ball and hit it” is Smriti Mandhana’s typical playing philosophy. Her contributions speak huge volumes. She has proved to be a real case for herself as a viable opening batswoman as she is capable of setting the platform for the team’s passage of play.

2018 was indeed a pretty good year for the left-handed opening batswoman Smriti Mandhana as she steered India win ODI series against England, as well as series wins against Sri Lanka and South Africa in both T20I and ODI versions of the game.

The 22-year-old clinched the award after essaying a flamboyant 669 runs in 12 ODI matches for India in 2018, smashing seven 50s along with a century against South Africa averaging 66.90. Also, she hit five fifties in the truncated version of the game in the same year and went on to become one of the only three batswomen to score over 600 runs at a staggering strike-rate of 130.67.

“The awards are pretty special because as a player when you score runs, you want the team to win, and then when you get acknowledged for your performances through these awards, it motivates you to work harder and do well for your team,” she told ICC.

“The century I scored in South Africa (in Kimberley) [135 off 129] was quite satisfying and then I had good home series against Australia and England.”

“A lot of people used to say I do not score that much in India, so I had a point to prove to myself. That was something which really made me better as a player. And then, of course, the first four matches of the ICC Women’s World T20 were quite memorable.” 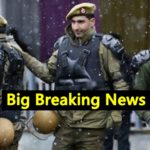 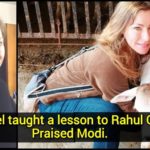