In most parts of India, men are tasked with prime responsibilities to run the family as they were considered as the sole breadwinners and you don’t often see many women going to offices as they are forced to sit at home and do household chores. On the contrary, men go to offices, stress a lot and work without seeing clock needles to earn wages either daily, weekly or on a monthly basis.

When it comes to cricket, only male cricketers have achieved countless things because they are getting plenty of opportunities to thrive at the highest level. They have been given all the facilities to make them comfortable in all aspects even today.

On the other side of the coin, women cricketers were given only limited opportunities to shine in the sport and this is the main reason why they don’t often hit the headlines just like male cricketers. But that’s history now.

It is indeed worth applauding that women cricketers are coming through with flying colours in a sport which is dominated by male cricketers.

She made her Test debut against England in 2014 and a week later, she made her ODI debut. Shikha Pandey was the member of ICC Women’s World Cup 2017. She received a cheque and medal from Air Chief Marshal BS Dhanoa at Air Headquarters in the national capital. It is worth mentioning here that Shikha Pandey was commissioned in Indian Air Force on June 30, 2012, as an Air Traffic Control Officer.

Shikha Pandey was felicitated because of her spectacular performance in the ICC Women’s World Cup 2017 and also ended up being runners-up of the competition as India reach the finals after the long 12 years. Shikha Pandey bagged 3 wickets against South Africa, 2 wickets against England and accounted for two dismissals in the semi-final against Australia in the ICC Women’s World Cup 2017.

Pandey was part of the Indian women’s team that reached the final of the 2017 Women’s Cricket World Cup where the team lost to England by nine runs. In January 2020, she was named in India’s squad for the 2020 ICC Women’s T20 World Cup tournament held in Australia.

Shikha Pandey was again honoured for her magnificent performance in the Women’s T20 World Cup. The right-arm bowler took seven wickets in the marquee event and helped her side to reach the grand stage in the T20 World Cup for the first time.

India qualified for the maiden World Cup T20 final and eventually lost to the defending champions and hosts, Australia by 85 runs.

Deepti was honoured by the Department of Youth Services and Sports, Government of West Bengal, for her remarkable show in the marquee event.

She is a professional all-rounder by trait and played an important role in the build-up to India’s journey of reaching first ever finals in the Women’s T20 World Cup.

Deepti leaked only 17 runs in the four overs in the tournament opener against Australia. During the match against Sri Lanka, she claimed one wicket and gave only 16 runs. In the finals, Deepti ended up with stupendous figures of 2/38 in her four overs. She dismissed the likes of Meg Lanning and Ashleigh Gardner.

The Agra-born woman cricketer took to Twitter to express her happiness after she was honoured.

“See the ball and hit it” is Smriti Mandhana’s typical playing philosophy. Her contributions speak huge volumes. She has proved to be a real case for herself as a
viable opening batswoman as she is capable of setting the platform for the team’s passage of play.

The 22-year-old clinched the award after essaying a flamboyant 669 runs in 12 ODI matches for India in 2018, smashing seven 50s along with a century against South Africa averaging 66.90. Also, she hit five fifties in the truncated version of the game in the same year and went on to become one of the only three batswomen to score over 600 runs at a staggering strike-rate of 130.67.

“The awards are pretty special because as a player when you score runs, you want the team to win, and then when you get acknowledged for your performances through these awards, it motivates you to work harder and do well for your team,” she told ICC.

“The century I scored in South Africa (in Kimberley) [135 off 129] was quite satisfying and then I had a good home series against Australia and England.”

“A lot of people used to say I do not score that much in India, so I had a point to prove to myself. That was something which really made me better as a player. And then, of course, the first four matches of the ICC Women’s World T20 were quite memorable.”

Indian opener Smriti Mandhana was also conferred with the Arjuna Award by the Union Sports and Youth Affairs Minister Kiren Rijeju in a ceremony held in New Delhi. 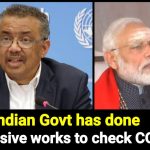 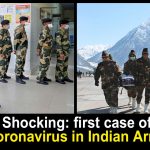