Cricket is the most-watched sport in India. Though there are several other sports that aim to entertain the audience, the majority of the people are more into cricket because they believe it’s not just a sport but a religion.

Talking about the Indian cricket, without second thoughts, fans boast about Virat Kohli, Rohit Sharma or MS Dhoni but they are least bothered about women cricketers who are giving absolutely everything to win the match for our country.

Recently, India’s woman cricketer Mithali Raj became the leading run-scorer in T20Is surpassing Rohit Sharma and Virat Kohli but the media hardly praised her achievements. Tagged as the ‘Sachin Tendulkar of women’s cricket’, Mithali has by far been the best batswoman, that the Indian cricket has ever produced. She has proved that she is worth her weight in gold.

Mithali Raj was already well ahead of Virat Kohli in the list and was trailing to Rohit Sharma by a little margin. Indian captain Virat Kohli now has 2012 runs in 72 innings. She achieved the milestone while batting for India in the ICC women’s world T20 series, bludgeoning a stellar half-century against Pakistan on Sunday.

It’s not just about the record as she helped team India outsmart their arch-rivals by seven wickets. Mithali Raj didn’t stop there. She went on to continue her impressive form as she once again chipped in with a half-century against Ireland and helped the team qualify for the semi-finals for the first time in 8 years of the ICC Women’s World T20I.

India will lock horns with Australia tomorrow at The Providence Stadium. Mithali Raj is expected to play a big part tomorrow. It would be quite interesting to see how Mithali Raj would go about her business as India will look to book a berth in the finals of the tournament. 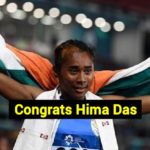