Father gifted her mobile, She studied on YouTube and became Judge to make her father proud - The Youth

YouTube platform can be a waste of time or a source of online information depending on how you make use of your online presence. Some people waste a lot of time on social media while others have used the same platform for study.

Social media plays an important role in every student’s life. It is often easier and more convenient to access information, provide information and communicate via social media. Tutors and students can be connected to each other and can make good use of these platforms for the benefit of their learning and teaching.

Clearing Uttar Pradesh Public Service Commission (UPPSC) exam needs some serious piece of hard work, grit and determination. Students who get started on the path towards achieving their goals always give their heart to pull off something special.

Akanksha Tiwari not only made her parents feel proud but made the entire country proud by clearing PCS-J exam 2018. Her story is one that needs to be told to inspire girls across the nation. What she has accomplished in her life is really commendable.

During her college days she realized that a corporate Job is not her cup of tea. She wanted to become a judicial officer. She believes that Judicial Service is not merely a job but a living profession, as you deal with the real time situations. All this inspired her to work hard in this direction.

Coming from a non-law family background, she never knew about JSE. She was pursuing B.Sc and was in the final year when she came across one of her school seniors who happened to be an advocate in Delhi.

From there, she decided to prepare for the judiciary. During her preparation, she never thought of the result at all. She was just preparing for her mains as she had got only 24 days. She had no time to think about the result. However, she is extremely happy that she secured 1st Rank. Surprisingly, she did not take any coaching for the exam, rather she studied on YouTube and became Judge.

Akanksha is a girl who never gave up despite things not going in favour. She fought against all odds and unlocked the achievement. Akanksha Tiwari has done something special that others can only dream of. Despite facing the difficulties in her career, she didn’t let the negativity get the better of her as she managed to tackle every snippet of move to clear one of the toughest Uttar Pradesh Judicial Services Examination.

Many people read her inspirational story and get motivated. Let’s praise her for a big achievement. 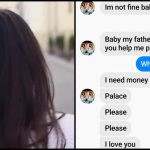 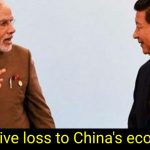