While sharing the video on Instagram, Prathamesh Barge wrote, “In this monologue, I am playing the character of a teen boy ‘Mukund Mishra ‘ who is originally from Uttar Pradesh and is completing his engineering in one of the top colleges in Mumbai. This monologue is about how changing lifestyle and lockdown affects his mental health”.

The video, which is doing the rounds on social media, starts with Mukund talking about where he comes from and how his father, the Principal of the village school and a well-educated man, wanted him to become an engineer and study in Mumbai.

Mukund was fascinated by machines too. But had no knowledge about how to make machines, he’d have to appear for a series of examinations first!

He further says how he was dazzled by Mumbai and how everything was different for him. He soon realised that he isn’t as cool as the other Mumbai folks – the ones who wear sunglasses, ride a bike and come to college. In fact, he realised that he was quite “uncool”.

However, as time passed by, he started communicating with his classmates and exchanged their contacts. He says it was the best time of his life. But ever since the lockdown began, everyone started returning to their home. No one had time to speak to him. Everyone seemed to ignore his calls.

He became alone which drove him towards anxiety and depression. He suffered from anger issues, began to sleep many hours a day, and felt low most times. He even tried to communicate with his father but went in vain.

He ends the monologue by highlighting how people get worried when a celebrity passes away but no one really cares for people who are not famous. Nobody is willing to listen to other’s troubles.

The video has garnered millions of views! Watch the full video here:

The monologue might be fictional, but it has a lot of truth attached to it. Mourning a celebrity death is okay. But we should also look around us and reach out to people in need of help also. 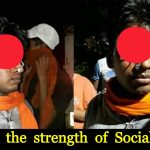 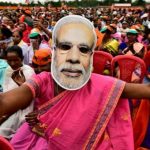