Actor Sushant Singh Rajput’s death case was finally handed over to the CBI after Mumbai police failed completely to crack the case. The case is being probed by a special investigation team headed by IPS officer Nupur Prasad.

Meanwhile, several social media posts are claiming that the Bihar IPS officer Vinay Tiwari, who was ‘forcibly quarantined’ in Mumbai, after he reached Mumbai to probe actor Sushant Singh Rajput’s death case, has now been transferred to the Central Bureau of Investigation (CBI).

It is being told that he will now join the team probing Rajput’s death. Times Fact Check got in touch with Tiwari who refuted such claims.

“There is no truth in such claims. I have categorically denied them. Even some tweets with these claims have been removed,” Tiwari told Times Fact Check. Tiwari also took to Twitter to disprove such claims.

With the case handed over to Tiwari, the Bihar Police also sent the Mumbai Police a strong message that Investigations would be impartial and unbiased.

But who is IPS officer Vinay Tiwari?

Hailing from Uttar Pradesh, the 2015 batch IPS officer has been excessively praised not only for his academic achievements but also for his creative pursuits.

Vinay Tiwari was born in UP’s Lalitpur. His father is a farmer who worked hard in fields to earn money for his son’s education. Tiwari wanted to become an engineer. To fulfill his dream, his father sent him to Rajasthan’s Kota for preparation. Tiwari cracked the exam and got admission into the prestigious IIT-BHU.

There he completed his graduation. For Vinay Tiwari, becoming an IPS officer was the ultimate goal. To prepare for the UPSC exam, he shifted to Delhi.

Tiwari says that his father inspired him to try for civil services and his father also borrowed money for his coaching expenses. Despite facing the difficulties in his career, he didn’t let the negativity get the better of him as he managed to tackle every snippet of move to clear one of the toughest UPSC civil service exams in 2019.

Tiwari recently came into limelight after one of his poems he had written on coronavirus went viral on social media in no time. He frequently shares his poetry on his social media accounts. IPS Tiwari has achieved something incredible in his life which others can only dream of. 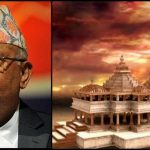