Now, in this article, we will have a glimpse at the most popular YouTubers in India right now with most subscribers they have.

Emiway Bantai is placed tenth on the list of Indian YouTubers with the most number of subscribers. He is mainly a singer, rapper (Hip-Hop/Rap/RnB/PoP), dancer, songwriter, editor, music composer and YouTuber. He is best known for his song “Asli Hip Hop” in the film “Gully Boy” (2019).

Dr. Vivek Bindra is an International Motivational Speaker, Leadership Consultant and a Business Coach as well. He has been awarded Honorary Ph.D. Degree, Doctor of Philosophy.

In fact, he is a Trusted Advisor to over 1500+ corporates and has been an Inspirational Pathfinder to various high-profile entrepreneurs including other top-notch business entities offering Leadership excellence for steering their organizations to the next level.

He played an important role in providing CEO coaching to over Top 100 CEOs in India.

There is no doubt that Round2Hell is a comedy and stress buster programme on YouTube. It is quite a funny name, isn’t it? Let’s see how it all started.

In 2015, three friends – Zayn, Wasim and Nazim started the channel and now it is one of the biggest channels. Zayn was a college drop-out from Zakir Hussain College while Wasim and Nazim were 12th passed from Alam College and Modern Public School.

They made up their mind to start a YouTube channel to gain some popularity. Initially, they made some football tutorial videos but they failed to woo the audience. Then they tried to make comedy videos and people started loving it and they gained fame and name.

Sandeep Maheshwari struggled, failed and moved ahead in search of success, happiness. Like every middle-class guy, he had unclear dreams and a blurred vision of his goals.

However, after going through ups and downs, time taught him the true meaning of his life. Today, he is a successful entrepreneur, motivational and inspirational speaker.

Gaurav Chaudhary, known as Technical Guruji is well-known for producing YouTube videos about Technology in Hindi. The Indian YouTube Personality is based in UAE.

Ashish Chanchlani is placed third on the list of Youtubers with most number of subscribers. He is an Indian comedian and YouTube personality from Ulhasnagar, Maharashtra, India. He is popularly known for his YouTube channel, Ashish Chanchlani Vines.

CarryMinati is a proud owner of the YouTube diamond play button. CarryMinati has been in the news for the past few weeks for his ‘YouTube Vs TikTok’ video, which went viral on the internet and broke many records. The famous Indian YouTuber’s video was a response to the video of Amir Siddiqui. In this video Carry roasted the TikTokers, especially Amir Siddiqui. However, it was removed from the platform for violating its terms of services.

He is known as CarryMinati and his original name is Ajey Nagar. The life story of youtuber CarryMinati is interested as he started making videos when he was just 8 year old as this had been his passion since he was a small kid. 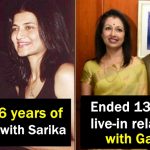 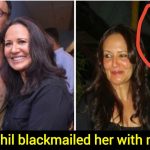