In a significant decision, the Indian government has banned as many as 118 Chinese applications including PUBG. The decision came as a  shock to Chinese technology mammoth Tencent which has lost nearly $34 billion (HK$ 261.05) its market value over the last two days. It is one of the biggest blows to China’s economy. It is being told that this is the second-largest valuation dip this year.

The move comes amid fresh border tensions with China in Ladakh When the Chinese PLA attempted to capture an important peak ‘black top’ so as to monitor the Indian posts and their activities near the dormant height.

Earlier on June 29, India had banned as many as 59 Chinese apps, including hugely popular TikTok and UC Browser. The government blocked 59 apps for safety, security, defence, sovereignty and integrity of India.

“Tencent takes the protection of user privacy and data seriously. Our apps have always remained in compliance with applicable data protection laws in India and all other markets where we operate. We look forward to engaging Indian authorities to clarify our long-established policy and action in protecting user data, and hope to ensure the continued availability of our apps in India,” the company said in an emailed statement to Business Insider India.

In addition to PUBG Mobile, other Tencent mobile apps like Chess Run, Arena of Valor and Ludo World have also been mentioned among the list of banned Chinese apps.

Rong also urged the Indian government to sort out the ban claiming that it breaches the WTO rules. Then he urged to offer open, fair and impartial’ business atmosphere for all market players.

Meanwhile, MEA issued a response as wel. Talking about Centre’s move to ban 118 Chinese mobile apps Ministry of External Affairs (MEA) Spokesperson Anurag Srivastava added that the foreign companies in India will have to follow the rules and regulations laid out by the Union Government. 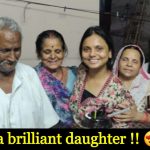 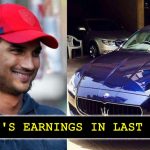