Let’s take a look at 7 such actors who came up with random comments and confessions:

From Katrina Kaif to Iulia Vantur, Salman Khan has been linked to many female celebrities in the recent past, but the actor isn’t ready to take the final call. The veteran actor is more than happy to enjoy his single status.

“I am a virgin, I will save myself for the one I get hitched to.”

Shahid Kapoor was initially recognised for playing romantic roles. Slowly, he started doing action films and thrillers. He is the recipient of several awards, including three Filmfare Awards.

The Indian actor who appears in Hindi films was once requested to make a comment on whether he might want to work with former young lady companion Kareena Kapoor once again. He didn’t take much time to make a controversial statement.

“If my director wants me to work with a cow or a buffalo, as an actor, I am ready to do it.”

Sidharth Malhotra started his career as a model when he was 18 years old. After not being satisfied with the profession, he went on to ply his trade as a trainee assistant director to Karan Johar for the 2010 film My Name Is Khan.

In an interview with a popular magazine, Siddharth Malhotra told who might he want to kiss on-screen after Alia Bhatt. He took a burrow and gave a statement which was really strange and confusing.

“Kissing Alia was boring. Deepika Padukone. Hopefully, people will enjoy that. And me too.”

Legendary actor Rishi Kapoor was an active social media user during his days and he never feared anything. He was someone who never feared to troll or criticise when it mattered the most. However, when he replied back or hit out at trolls, his tweets often created controversy.

“ am angry. Why do you equate food with religion?? I am a beef-eating Hindu. Does that mean I am less God-fearing then a non-eater? Think!!”

At some time in the past Shah Rukh Khan and Aamir Khan didn’t get along with each other. Aamir Khan then made a controversial statement about King Khan which is hard to forget.

“Shah Rukh is licking my feet and I am feeding him biscuits every now and then. What more can I ask for?”

When Mahesh Bhatt gave a shocking statement about Pooja

“If Pooja wasn’t my daughter, I’d love to wed her.” 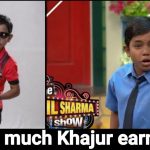