Case in point, his love life has always been one of the most talked-about topics on social media. The fact that the Bhaijaan of Bollywood is still a virgin has apparently stunned the whole B-Town. Despite the fact that his marriage has been the subject of much debate, he has stated that he is saving himself for the right one.

Not long ago, the Bollywood star featured as a guest on the talk show of his brother Arbaaz Khan named ‘Pinch’, which was telecasted very recently. According to the show, the host Arbaaz Khan hurl mean tweets or remarks at his guest, in a bid to trigger them. The same thing happened with Salman Khan as well.

Arbaaz Khan added that most of the comments on social media are positive. On the other hand, some of the tweets were mean. Meanwhile, he picked one of the tweets for Salman, that was posted last year. The tweet suggested that Salman Khan has a secret family in Dubai. The family includes a wife and a 17-year-old daughter.

Salman couldn’t believe what he heard in the first place. He said: “This is for who?” When Arbaaz had assured him that the comment was directed at him, Salman said in Hindi: “These people are well-informed. Yeh bifizool ki baatein hai (These are irrelevant matters).

I don’t know who they are talking about. Do they think that I’ll respond to them saying that I don’t have a wife, I live in Hindustan, in Galaxy Apartments, with my father living above me? This is something that everyone in India knows.”

Apart from that, some other user called Salman a ‘fake person’, who is only pretending to be nice. To which, Salman Khan said: “He must have had a bad experience somewhere. Biwi ne do comment acche maare mujpar, bacchi must love me, saying picture dekhni hai (which roughly translates to: Wife must have complimented me, or his child would have insisted on seeing my film).” 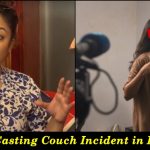 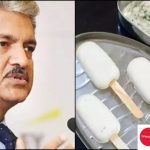