In this video, a farmer, who hails from Punjab, can be seen singing the famous song ‘Awaaz De Humse Tum Bulao …’ from the 1962 film ‘Professor’ with his wife. Jugalbandi of both husband and wife is doing the rounds on social media.

Husband-wife Lata Mangeshkar and Mohammed Rafi are seen singing the song in their own style. This video has caught everyone’s attention on Twitter. The farmer decided to give the best shot and much to everyone’s surprise, the video received positive reactions.

Identified as Lalchand said that he had recorded this video when he went to Rajasthan with his family. During this time, he recorded a video with his wife singing at a farm in Ganeshgarh village. Punjab family is making people’s hearts melt with their beautiful singing.

The video was shared on Twitter by user Jitendra S Jorawat with the caption, “Our farmer brothers enjoy like this in their free time… The way they have rendered this duet is praise-worthy”.

The rendition of the song is so soulful and heartwarming, that even singers like Rekha Bharadwaj and Mohit Chauhan have shared it on Twitter. Ever since the video was uploaded, it has garnered more than one thousand likes and lots of comments have been received on this video.

National Award-winning singer Rekha Bhardwaj shared the video with the caption, “Made my morning.. how beautifully they sing.. with nuances, soulful rendition”. Mohit Chauhan also wrote, ‘Singing in the field… they feel it… beautiful’. 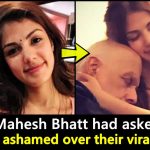 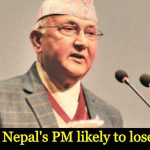