During a chat show, Shoaib Akhtar conceded that players belonging to minority communities were treated badly in the dressing room. He also cited Danish Kaneria’s Pakistani teammate even prevented him from picking up food from the same table as others because of his faith.

“Captain would raise eyebrows about him eating with us or taking the food from the same table. I told him that you could be the captain but your conduct is despicable. This guy (Kaneria) is chalking up so many wickets to win matches for us and you’re treating him like this,” Shoaib Akhtar spoke on a cricket show named ‘Game on Hai’.

The story doesn’t end here. Akhtar also claimed that Danish Kaneria did not get any credit for his sensational performances. Akhtar hailed the ex-spinner for his exceptional performances, highlighting the fact that it is because of his stunning performance against England in the year 2005 that helped Pakistan win the series.

“I used to get livid when anyone was discriminated on the basis of region or religion. A Hindu born in Pakistan is entitled to represent his country. When that Hindu (Kaneria) won us the Test series against England (in 2005), I chided my team-mates for mistreating him,” Akhtar said. 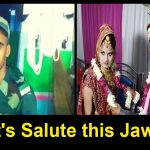 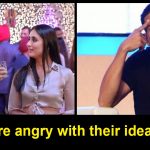