It’s been more than a month since Sushant Singh Rajput drew his last breath at his Bandra residence. Following his untimely demise, it was reportedly said that Sushant Singh was going through mental bouts of depression. Though the reason was still unclear, the whole nation has been indicting nepotism for the death of this extremely talented actor.

After Sushant’s death, there was a news report doing the rounds about how Mahesh Bhatt had reportedly asked Sushant Singh’s rumoured girlfriend Rhea Chakraborty to vacate the flat and leave the actor immediately after she told him about him hearing voices and behaving strangely.

While social media is boiling with nepotism debate, the Mumbai Police had been investigating the matter.

These claims have not been officially proven yet and social media seems to have believed the rumours or widespread speculations and created a narrative which antagonises Mahesh Bhatt.

Rhea had even accepted in a statement to the police that she and Sushant were planning to get hitched. She also disclosed that Sushant was diagnosed with depression. She added that his mentor, who is Mahesh Bhatt, had also advised her to leave Sushant Singh because of his mental condition. This very statement resulted in an uproar among fans who then questioned her and the veteran director’s relationship.

Suhrita’s post drew backlash from fans who have accused her of being a paid member of the Bhatt-camp attempting to dub Sushant Singh as mentally unwell.

Suhrita had also confirmed that Rhea used to consult Mahesh Bhatt every time she was upset about Sushant getting frustrated. She also said that he had asked Rhea to quit the relationship. Suhrita had claimed Bhatt drew similarities between Parveen Babi’s mental health condition and that of Sushant Singh Rajput’s. 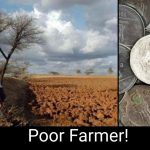 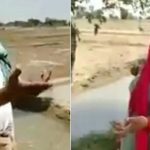