A rift has opened up between India and Iran after Iran’s Supreme Leader Ayatollah Ali Khamenei threatened India of isolation from the Islamic world. Now, relations between the two nations are no longer good.

Recently, US President Donald Trump arrived in India on a two-day visit where he was given an unprecedented and historic welcome. PM Modi on Monday welcomed President Trump and First Lady Melania Trump on their first-ever visit to Ahmedabad, Modi’s hometown, where the two world’s famous leaders addressed over 1.2 lakh people at the massive ‘Namaste Trump’ address.

After Trump’s visit to India, Iran has constantly been criticizing India for the violent protests that happened in New Delhi. Iran’s threat came at a time when New Delhi was facing anti-CAA protests.

Iran condemned Delhi violence that broke out during Trump’s India visit in which more than 50 people were killed and several others injured. It is to be noticed that relations between the two nations were good before Trump’s India visit. Ever since the citizenship bill was passed by both houses, several violent protests have been held by miscreants across the country. But Iran did not utter a single word over the violent protests before.

Iran’s threat came only after President Trump came to New Delhi, but why Iran has become an enemy of India, why it is threatening New Delhi? Because everyone is well aware of the fact that relations between the US and Iran have always been complex and hostile and after the assassination of Iranian general Qassem Soleimani, relations between the two nations have gone from bad to worse. So, this is the main reason why Iran is today standing against New Delhi.

“Iran condemns the wave of organised violence against Indian Muslims. For centuries, Iran has been a friend of India. We urge Indian authorities to ensure the well-being of ALL Indians and not let senseless thuggery prevail. Path forward lies in peaceful dialogue and rule of law,” Zarif said in a tweet.

India soon gave a reply to Iran for irresponsible remarks over the country’s situation. “We do not expect such comments from a country like Iran,” ministry spokesman Raveesh Kumar said in a statement later.

India has several times made it clear that the new citizenship act has nothing to do with Indian citizens, Muslim or otherwise, as it aims to give Indian citizenship to religious minorities in Pakistan, Bangladesh, and Afghanistan. Anyone belonging to Hindu, Jain, Buddhist, Sikhs, Parsi or Christian communities from these three countries who have come to India before 2014 for religious persecution and already living in India will be given citizenship after the amendment is passed.

At the same time, Indian citizens do not need to worry about this bill as they will not be asked to produce any document to prove citizenship after the CAB is passed, it is just false propaganda being spread by some politicians or people. 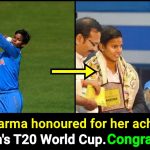 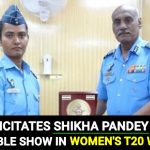