The arrested intruders claimed that they left Bangladesh 4-5 years ago and reached India. During this time they lived in many parts of India. However, after the CAA has been implemented across the country, all the people are returning for fear of arrest.

The vigilance on the eastern border has also been beefed up by both countries India and Bangladesh in the wake of this incident. India has enhanced patrolling on the Bangladesh border. The troops have been on high alert on Bangladesh–India border. Due to which, Border Security Force have apprehended more than 300 illegal Bangladeshi migrants and they were subsequently handed over to the local police.

India and Bangladesh share a 4,156 km long international border which is the fifth-longest land border between the two countries.

Bangladesh has already made it clear that the Citizenship Amendment Act and process of creation of the National Register of Citizens (NRC) is completely an internal affair of the Indian government. Indicating CAA and NRC internal matter of India, Director General Maj Gen Shafeenul Islam from Bangladesh said that the BGB will continue to work to prevent illegal crossings into India.

When asked about the provisions of the Citizenship Amendment Act (CAA) that ensures Indian citizenship to persecuted non-Muslims from three countries including Bangladesh, the DG said he would not like to make any comments.

“I would say that the cooperation and relationship between the two forces (BSF and BGB) is very good,” he further said.

BSF DG V K Johri said the incident was unwarranted and unfortunate and that “there are lessons to be learnt.” “We are preparing a detailed standard operating procedure in the wake of this incident that took place along the riverine border along Bangladesh, Johri further added. 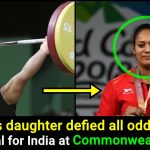 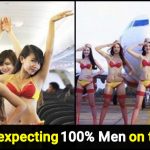