The Citizenship (Amendment) Bill 2019 is all set to become a law after the Rajya Sabha passed it with 125 votes in favor, whereas 105 voted against it. The Citizenship Amendment Bill aims to give citizenship to illegal immigrants belonging to Hindu, Sikh, Buddhist, Jain, Parsi and Christian communities from Pakistan, Bangladesh, and Afghanistan.

While Pakistan is opposing the Citizenship (Amendment) Bill 2019, Lahore’s young man revealed the truth of Pakistan in an interview. He cited an example that a man has five sons. He allows 4 sons to stay at home but not the fifth one because the fifth one does nothing but smokes and drinks, he has chosen the wrong path on which he will get nothing but will spoil his life. In this case, man will never allow his fifth son to stay at home? He then asked the interviewer, should man allow his fifth son to stay at home or not, if yes, then who is at fault father or son?

On this, the interviewer answered, son will be at fault.

In the same way, a tag has been imposed on Muslims that Muslims are terrorists. Why and how, is a long story. He said,

He also added, the world knows that Pakistan is a country that gives shelter to terrorists. there are many terror outfits in Pakistan that aim to disrupt peace in India.

Replying on the CAB bill he said that Muslims have become hashtag #MuslimAreTerrorist. Earlier there was only one country “India” that considered Pakistan a terrorist country but now the world is aware of its reality that Pakistan helps terrorists with weapons and funds.

He also said that there is a famous proverb, “Might is Right”

As India is the second-largest populated country in the world after china that makes India a huge market in the world, we have to agree with what India decides. Lahore’s man said.

Pakistan could not do anything when India scrapped Article 370 on 5 August 2019 which was there for 70 years, how can Pakistan now oppose the CAB bill? Pakistan does not stand anywhere before India. The Citizenship (Amendment) Bill, 2019 has already been passed from both houses. President of India Ram Nath Kovind on Thursday gave his assent to the bill. 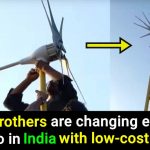 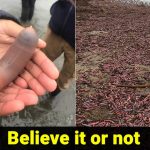