Assam is known as the “nature’s jewell”, consisting of various wildlife sanctuaries and wetlands. Maguri Beel being one among them. Located at 3.8 km away from Guijan Ghat, gateway of the Dibru-Saikhowa National Park and Biosphere Reserve has always been a home for various endangered species.

Everything took a different turn when on 27th of May, an oil well near Baghjaan started leaking natural gas. An endangered “dolphin” along with number of fishes in the water bodies nearby were found to be dead following the incident.

Protests emerged in the region. People raised concern regarding its biodiversity and exploration of oil in eco-sensitive regions. The oil well, which has been in operation since 2005, was producing around 100,000(1lakh) Standard Cubic Meter per day (SCMD) of gas from a depth of 3870 meters.

Around 2500 people dwelling near the operation were evacuated from the place as per the guidelines issued by the company. A press released issued by the Oil India stated-“Around Six Hundred & Fifty (650) families (2500 persons) have been evacuated from the nearby affected areas and are camped in three relief camps set up at (i) Baghjan Dighulturrang M.E School. (ii) St. Joseph School – Baghjan Tea Estate and (iii) Gateline LP School, Dighultarrang. All necessary supports for stay, food (including baby food), water, toilets, electricity and medical have been provided at the relief camps with support from District Administration and local organizations. A team of officials from OIL is at site to look after the relief camps. Ambulance with Para-Medical staffs are kept as standby. Alternate relief camp at Bandarkhati High School, Bandarkhata Village has been kept ready as standby relief camp to accommodate more people, if required.”

The situation also remained arduous due to the whole pandemic scenario in the country. The death of five persons were also alleged to have been caused by the release of such gas but the authorities denied such allegations. However, an inquiry is being initiated as to the matter.

The disaster took a unique turn in the history of Assam when on 9th June, 2020 While the clearing operations were on at the well site, the well caught fire. Two OIL employees from fire services Durlov Gogoi, Assistant Operator and Tikheswar Gohain, Assistant Operator had to lose their lives during the fire. All affected people in the surrounding areas are now being accommodated at various relief camps at a safer distance with some basic needs.

The incident came as a shock to the locals at a time when there was constant fear of leakage reeling in the area. Some people’s house turned into ashes. Witnessing a horrendous fire like this left some people clinically depressed. They are at a loss with burning of all possessions including necessary documents.

Above all, the impact on biodiversity due to the fire is unascertainable. All kinds of species includings birds affected by such fire is indeed worrisome.

India has witnessed continues industrial tragedies including toxic gas leak at LG Polymers’ facility that killed 11 people at Vishakhapatnam, in one of the deadliest industrial accidents since the Bhopal tragedy of 1984. Liability and responsibility of people and companies needs to be questioned. Has the years of neglect led to the suffering of the people is the crux of the matter.

An issue this serious in nature should have attracted attention of millions of people worldwide but because of various reasons including Covid-19, the depth of matter remains unnoticed. Despite the assistance provided by the government or the company, the people lacks sufficient aid as to clothes, medical facilities, sanitation etc. Most of the national media choosed to remain numb in this matter. Voluntary work of various organisations as well as contribution of individuals to tackle the situation in this time of hardship is the need of the hour. As has been rightly said- “we need more humanity than humans in the present time”.

Note: The article written by Prinjee Baruah (Advocate, Dibrugarh Bar Association). The facts stated or opinions expressed in this write-up are those of the author. They do not purport to reflect the opinions or views of the TheYouth or its members. 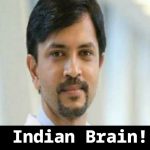 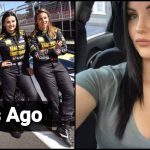