It was reported in many videos that protesters are being instigated for violence by making provocative speeches under the guise of protest. Today, we are talking about one such video which is from West Bengal, in which a maulana repeated what Pakistan had said during the India-Pakistan partition that we would surround the capital of India, Delhi and would capture it. Maulana from West Bengal could clearly be seen in the video provoking a massive crowd of Muslims for violence, threatening to change the history of India.

He further said, “Rohingya are our brothers, no one can expel them from India” Political parties are doing all this for political gain and vote bank under the guise of protest. The bill grants citizenship to only minorities from Pakistan, Bangladesh, and Afghanistan, who have come to India before 2014, but this act has nothing to do with  Indian citizens or Muslims and they are not going to be asked to produce any document to prove citizenship.

Ever since the Citizenship Amendment Bill was passed by both houses, Protests have been held in many parts of the country. While in some areas, peaceful protests against the amended citizenship act are being held, in other areas, protests against the CAA turned violent with the mob pelting stones and vandalizing vehicles. The surprising thing is that many protesters are protesting without knowing the true fact of the act. Some even do not know for what reason they are protesting. When asked, protesters said, “we were told to protest but we have no idea about the act”.

It is obvious that if illegal immigrants are allowed to stay in the country, people of the nation will have to share resources with them which will ultimately invite many problems like unemployment, inflation, etc. Protesters are protesting against the act which is for persecuted minorities who faced persecution in neighboring countries. Today, the way India is accepting persecuted minorities from three countries, why the Islamic countries do not accept Muslim minorities. While there are 105 Islamic countries in the world, India is the only country to grant citizenship to non-muslim minorities.

Here are some points from Maulana’s inflammatory video:

Rohingya are our brothers, they are Muslims. Our blood and the Quran are the same. Rohingya Muslims are not different from Indian Muslims. We all Muslims are brothers no matter where we live. He said, “This is Bengal, never think to expel Rohingya Muslims from the country. This is Bengal and no one can dare to expel them from the country. “Inshallah, we will change the history of India by capturing Delhi”

On the other hand, confessing crime Pakistani Maulvi Meetha said, “I forcefully converted many Hindu women to Islam” This is what going on in Pakistan against Hindus for decades. Minorities in Pakistan are not safe, they are being persecuted. That is the reason why the Citizenship Act has been brought in order to prevent persecuted minorities from three countries. 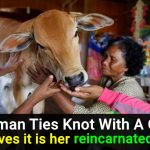