Everyone is well aware of the coronavirus outbreak which has spread over 100 countries across the world. By far, the virus has affected over 1.6 lakh people globally and the global death toll has risen to at least 4,000.

Former Goldman Sachs chief Jim O’Neill has raised a question on India’s efficiency in dealing with COVID-19. Jim said that the Indian health care system would not be able to deal with the deadly coronavirus if it had been detected in India. The World Health Organization (WHO) has declared the COVID-19 outbreak a pandemic.

“Thank God this didn’t start in somewhere like India, because there’s absolutely no way that the quality of Indian governance could move to react in the way that the Chinese have done,” said Jim.

Criticising the quality of Indian governance, Jim said that it would have been almost impossible for India to bring the dangerous disease under control if the virus had originated in India.

Jim’s comment on India invited netizens on social media to troll him. Several people condemned Jim for his controversial remark on the country.

Samir Saran, President of Observer Research Foundation, tweeted: “This is true. I landed at Delhi Airport last night, which was remarkably well prepared and a sharp relief from Dubai and JFK where I was arriving from.”

Extending support to Saran, another user (Shabarish Sesh) replied: “I did JFK-LHR-MUM…Mumbai was the best prepared. All staff wearing gloves, masks, Purells everywhere and screening. Too good. Feel the safest here.”

Another Twitter user (Dibyendu) replied in a batter manner: “Sir…first take care of your health minister, who got affected by this virus, then come and give your opinion to others.”

Apart from this, he was full of praises for the Chinese authorities over the action taken to curb the spread. He said that other countries should also learn from the Chinese model. The former secretary to the Treasury of England lauded China for handling the deadly coronavirus outbreak.

Where did Coronavirus come from?

Jim O’Neill must know that the deadly coronavirus was detected in Wuhan, China, not in India. In the year 2003, coronavirus, for the first time, was identified in China. At that time, the virus had affected over 8,000 Chinese people, but China did not take it seriously, as a result, the virus kept on spreading gradually. Now the situation has become so serious that it has spread over 100 countries across the world, taking over 4,000 lives globally and over 1.6 lakh have been infected with it.

China too is finding it tough to bring the widespread infectious disease under control. India, on the other hand, has already evacuated its citizens from Wuhan, the epicentre of the deadly virus. Prime Minister Narendra Modi has called for a meeting to take all possible steps to curb the situation.

Health experts believe that the virus may have originated in bats and then passed to humans, possibly via another animal species. According to WHO, It was winter 2003 when the virus came to be known and people who suffered from this disease complained of fever, chills, headache, and dry coughs. All symptoms occurred during the cold and flu season.

India has recorded its first death due to coronavirus, the officials confirmed the news. The 76-year-old man, who had returned from Saudi Arabia, died of Coronavirus. So far, there have been 73 confirmed cases of the virus in India according to the health ministry.

Coming from the southern state of Karnataka, the old man was screened at the airport when he arrived from Saudi Arabia but showed no symptoms at the time. But he had breathing difficulties on 5 March and was subsequently taken to a hospital. India has taken significant steps to stop the spread of Coronavirus. 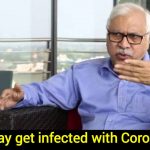 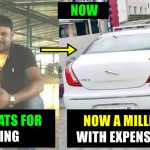