In a shocking move, the Chinese nation will be rewriting two Holy books namely Bible and Quran such that they reflect socialist values. This authoritarian move seems to be in accordance with the nationwide crackdown on religious groups.

As per Daily Mail, a top official on the condition of anonymity said that the new editions of the Islamic and Christian holy books must not include content that goes against the religious beliefs of the communist party. It has been said that contents that are deemed not suitable by the censors will be retranslated or altered.

Allegedly, the Bible and Quran were not exactly mentioned but the party did call for a ‘comprehensive evaluation of the existing religious classics aiming at contents which do not conform to the progress of the times.’

The order was passed in the month of November in a meeting which was held by the Committee for Ethnic and Religious Affairs of the National Committee of the Chinese People’s Political Consultative Conference, which supervises the ethnic and religious matters in China.

The meeting was chaired by Wang Yang, who is Chairman of the Chinese People’s Political Consultative Conference. He highlighted that ‘religious authorities must abide by President Xi’s instructions and interpret the ideologies of several religions in line with ‘the core values of Socialism’ and ‘the requirements of the era’, reports French newspaper Le Figaro.

The officials were also urged to build ‘a religious system with Chinese characteristics’. This is being done in a bid to prevent ‘extreme thoughts’ and ‘heretical ideas’ from destroying China.

As per the reports, million ethnic Uighurs and other Muslim minority group members have been detained in camps, blindfolded and shackled.

In fact, China itself stated the camps as ‘vocational training centres to help stamp out religious extremism and terrorism by teaching new work skills’.

A 38-year-old woman by the name of Gulzira Mogdyn was reportedly detained for having WhatsApp installed on her phone (the app is banned in China). When the authorities learnt that she was pregnant, she was informed that she could not have a fourth child and as per the reports her fetus was cut out, without the use of anaesthetic.

Ruqiye Perhat, 30-year-old woman, a Uighur Islamic studies student claims that she was more often raped by Han Chinese guards, leading to two pregnancies. “Any woman or man under age 35 was raped and sexually abused,” The Sun quotes Perhat as saying.

Kazakh woman, 40, who was in camps for 18 months reportedly said, “They’d come in and put bags on the heads of the ones they wanted.”

Gulzira Auelkhan added that female guards in the camps used ‘chewing gum’ to forcefully pull her pubic hair out and the inmates were captured while in the shower.

Not only is China executing the brutality against minority ethnic groups in the ‘reeducation camps’, but there is also satellite proof that it is trying to remove marks of Muslim identity and its existence altogether.

China is demolishing the burial grounds where, ‘generations of Uighur families have been laid to rest, leaving behind human bones and broken tombs in what activists call an effort to eradicate the ethnic group’s identity in Xinjiang’.

Even the satellite pictures reveal that dozens of cemeteries have been destroyed in the last couple of years and the graveyards are being transformed into playgrounds or car parks. Even today, Muslims are experiencing a nightmare in China as they are 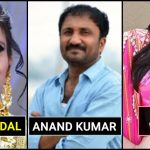