Koena Mitra is ranked tenth on the list of most searched Indian personalities on Google in this year. It should be noted that BB13 has been a blessing for Koena Mitra as the audience have been googling her after she made an appearance on television after a very long time.

Siddharth Shukla, who is one of the contestants of Big Boss 13 airing on Colors TV, earned fame and reputation. He also earned many fans and they started googling him ever since.

Tara Sutaria announced her arrival by making a debut in Bollywood’s Student of the Year 2 in 2019. But she was searched by online users after the rumours of link up with Sidharth Malhotra started doing the rounds.

Rishabh Pant has come under fire for his poor performance with the bat and with the gloves for India. He has been getting plenty of chances to prove himself worthy of a potential wicket-keeper but hasn’t sorted out his woes.

He was on the receiving end of trolls and abuses and fans from every nook and corner of the cricketing fraternity are targeting him. People have searched his name on Google more than Virat Kohli or MS Dhoni or Rohit Sharma.

Vicky Kaushal might not have loads of things to say about his achievement last year but this year, he had an amazing start with sensational movies like URI: The Surgical Strike in January 2019 for which he received a national award.

The program’s objective to select 30 aspirants each passing year from economically backward sections of the society and trains them for the JEE, which is an entrance exam for the Indian Institute of Information Technology.

Yuvraj who celebrated his birthday a couple of days ago is now trending in the third position after his friends, fans and other cricketers took to official Twitter handle to show their unhappiness with Yuvraj Singh’s retirement from cricket.

The living legend has been a practitioner in singing ever so iconic songs. Lata Mangeshkar is ranked second on the list of most searched Indian personalities in 2019. Her voice is so sweet and she even insured her voice.

Wing Commander Abhinandan Varthaman was born on 21 June 1983. He is a decorated Indian Air Force officer. In the 2019 India-Pakistan tie, he fired an R-73 missile only to destroy Pakistan aircraft before his Mig 21 Bison aircraft was hit by an AMRAAM missile.

As per India Today TV, Abhinandan was the only IAF pilot who fired a missile in close combat. As Abhinandan’s aircraft was shot down by Pakistan forces, Abhinandan parachuted into enemy territory and was soon surrounded by a mob and was held captive for 60 hours. 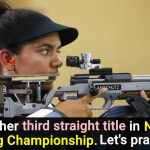 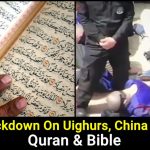