A film is always incomplete without a villain. Iconic celebrities of all time like Amrish Puri and Shakti Kapoor rose to massive popularity by portraying negative roles in Bollywood. Their innate capacity to capture human emotions made the main lead always glorious and heroic.

However, we have a list of the daughters of some of the popular villains in Bollywood.

Amrish Puri is popularly known for his negative roles like Dong, Mogambo, Balwant Rai, and many more. However, His daughter Namrata Puri has decided to stay away from the limelight and is working as a costume designer.

Juhi Babbar, daughter of the famous actor Raj Babbar who had played a villainous role in many Bollywood films, is now engaged with theatre. Her Bollywood film didn’t live up to expectations. Currently, she is married to Anoop Soni.

Amjad Khan, the famous Gabbar Singh from Sholay, has also played the role of villain in many other Bollywood movies. His daughter named Ahlam Khan is more into plays.

Suresh has played the role of villain in many hit films. His gorgeous daughter Meghna Oberoi is married to a businessman.

Om Shivpuri had acted as a villain in more than one hundred seventy-five films. His daughter Ritu is also an actress. She was seen in movies like Hum Sab Chor Hain, Aar Ya Paar etc.

Mac Mohan passed away in 2010 but everyone will remember him as Sambha from Sholay. He has two beautiful daughters Manjari and Vinati who will be shortly seen in the feature film Desert Dolphin.

Pema is the daughter of famous Bollywood actor Danny Denzongpa. Danny has played the role of popular characters like Kancha Cheena and Kaatiya in Agneepath and Ghatak.

Ranjeet has played the role of a villain in many popular Hindi movies. His daughter Divyanka is a popular fashion designer.

Kulbhushan Kharbanda is still rejoiced by his fans as Shakaal in the movie Shaan. His gorgeous daughter Shruti Kharbanda is quite active on social media.

The famous villain of Bollywood Prem Chopra has three gorgeous daughters namely Prerna Chopra, Punita Chopra, and Ritika Chopra. All three of them are well settled now with their husband.

Shraddha Kapoor is known as the girl next door in Bollywood today and has won over fans with her cute dimples and smile. She has got her acting skills from her father Shakti Kapoor, who is an iconic Bollywood villain. She made her Bollywood debut with Aashique 2 and has given blockbuster films including Baaghi and Chichore.

Pranutan Bahl acted in the movie Notebook but since then she has not been seen much in Bollywood. She is quite active on Instagram handle and looks drop-dead gorgeous in her photoshoots. 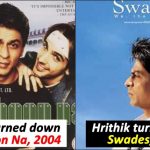 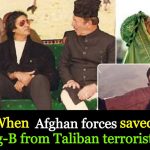