Ahead of the 71st Republic Day, late Mathematician Vashisht Narayan Singh (also known as Vashisht Babu) has been honored with the prestigious Padma Shri, the fourth-highest civilian award of India.

We have witnessed how the Congress government gave Padma awards to their well-wishers and sympathizers during its regime. Many candidates got awards in Congress rule even if they were not worthy of the award. But now the situation has changed as the only deserving candidate is being given an award on the basis of great work done by him in his respective fields and so Vashisht Babu has been honored with Padma Shri award without any favoritism. Fortunately, we have a government that is recognizing such people now.

Born on April 2, 1942, Singh became a renowned mathematician. He completed his Ph.D. from the University of California, Berkeley in the year 1969. Singh had also worked at NASA. In a famous incident when NASA computers got turned off before the launch of one of the Apollo launches, Singh’s mental calculations were found to be exact to the computer’s readings when the system came back on.

He came back to India in 1971 and joined IIT Kanpur as a professor. Later, he joined the Tata Institute of Fundamental Research, Mumbai. In 1973, he was appointed as a permanent faculty in Indian Statistical Institute, Kolkata. He had also worked as a guest faculty in Bhupendra Narayan Mandal University, Bihar. At the age of 72, Vashishtha Narayan Singh died last year. Singh’s journey is often compared to Ramanujan’s. Singh’s life has been full of success and honors. 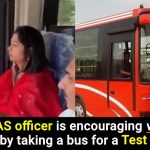