It was Akshay Venkatesh’s turn to write a success story for himself as he hogged the limelight for winning the Fields medal, the Nobel Prize for Math. The Fields medals are awarded every four years to the most promising mathematicians under the age of 40.

Akshay Venkatesh announced his arrival in style for his “stellar contributions in the field of mathematics”. The 36-year-old Venkatesh has a wide range of knowledge in maths and he is one of a kind. New Delhi-born Venkatesh is currently teaching at Stanford University.

Fields medal is the prestigious one which was first awarded in 1936. Ever since 1950, 4 mathematicians under the age of 40 are given the award every 4 years. Akshay Venkatesh is the one and only India to get featured in the proud list.

He actively took part in physics and math Olympiads, which is the premier international competitions for high school students. He showcased his mettle where he won medals in the 2 subjects at the age of 11 and 12.

He completed high school when he was 13 and went to the University of Western Australia, graduating with 1st class honours in mathematics in 1997, at the age of 16. Even at a young age, he was determined to do something great, he always had the will to go places. In 2002, he earned his PhD at the age of 20. Since then, he has gone from holding a post-doctoral position at MIT to becoming a Clay Research Fellow and, now a professor at Stanford University.

Akshay Venkatesh proved that he is worth the weight in gold as he has worked at the highest level in number theory, arithmetic geometry, topology, automorphic forms and ergodic theory. His research has been acknowledged with many accolades, including the Ostrowski Prize, the Infosys Prize, the Salem Prize and Sastra Ramanujan Prize. 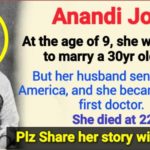 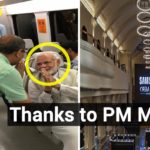