In the 5G race, Airtel has finally surpassed its rival Reliance Jio. Indian telecom giant Airtel has become the first telecom operator to conduct 5G test over a commercial network. Airtel has successfully performed 5G in Hyderabad city. Giving this information, the company said that it did this with NSA (Non Stand Alone) network technology in the already existing 1800 MHz band.

The next-generation wireless service will pave the way for blazing fast internet speeds and power internet of things (IoT) applications, such as driverless cars and smart cities.

“We are the first telco to successfully demonstrate and orchestrate a live 5G service over a commercial network in Hyderabad. This demonstration emphatically validates the 5G readiness of Airtel’s network across all domains—radio, core and transport,” Airtel chief executive Gopal Vittal told reporters at a press conference.

Airtel’s 5G technology is capable of delivering 10 times better performance on speeds and latency compared to the existing technologies, the company claimed. In Hyderabad, the company showed that it could download a full-length movie in seconds using its 5G service, Vittal said.

“However, the real impact of 5G experience will be available to our customers only when adequate spectrum is available, and the government approvals are received,” he added.

Gopal said that he is proud of his engineers. Due to their grit determination and hard work in Tech City Hyderabad, 5G technology was tested. This proved that the future of investors is bright with Bharti Airtel. Once again, it has proved that Bharti Airtel is the first telco to give new technology to India.

Airtel, as a telco, will play its role in driving the ecosystem, be it applications, content and devices, to deploy 5G to India, Vittal said. “Our network is fully 5G ready and can use any spectrum band to click on the 5G experience in some months,” he said. He further explained that he believes that India has the potential to become the hub of 5G innovation in the world. 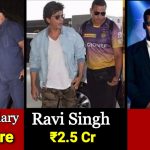 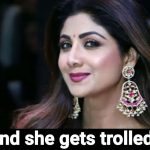