Tata Group Chairman Emeritus Ratan Tata lauded the government and Prime Minister Narendra Modi for having a vision for India. He attended the foundation stone laying ceremony of the Indian Institute of Skills in Gujarat’s Gandhinagar on January 15.

Addressing a gathering, former chairman of Tata Sons hailed PM Modi and HM Amit Shah’s vision for the country and said, “Our Prime Minister, Home Minister and other members of the government have a vision for India. One can only be proud of what we have and support the government that is as visionary as this government has been.”

His comment comes at a time when India is facing a financial crisis. He was in Gandhinagar when the foundation stone of the Institute of Skills (IIS) was being laid. The foundation stones of the other two, in Kanpur and Mumbai, were laid in 2016 and 2019, respectively.

Ratan Naval Tata is an Indian industrialist, investor, and philanthropist who serves as its chairman emeritus. He is well known for his business ethics and philanthropy. He has received two of the highest civilian awards of India – Padma Vibhushan and Padma Bhushan.

The foundation stone of IIS will create jobs in the future. It aims to generate employment for the youth and will help a lot in the economy. Gujarat Chief Minister Vijay Rupani was also present there who said the IIS Gandhinagar may operate from a temporary campus till the main structure is completed. 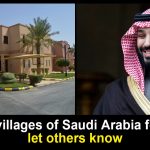 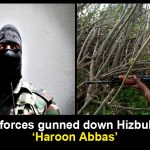