Ajjay Agarwal in the present day is a name revered by many as one of the finest entrepreneurs of this country, but things were very different 25 years back, when he dropped out of school at a tender age of 14.

When he dropped out of his school, he used to work under his dad as his personal accounts manager and worked for monthly wages of Rs. 4,000-5000. One of the main reasons why he became so successful today is he could foresee the technological revolution which was up ahead.

He started travelling to Malaysia and China to get more idea about the present situation of technology and he gained a lot of knowledge with these travels. In 2004, he decided to manufacture many mobile accessories like chargers, headphones, batteries etc and with a revenue of over Rs. 5 Lakh in the very first year, the power, scope and potential attracted Ajjay very much.

When Reliance introduced free incoming calls system, it really took the country by a storm and eventually there came a day when all networks started providing free incoming calls. Ajjay had predicted such kind of telecom revolutions and storms that were to come in the near future and saw his time as a great opportunity to break into the industry.

Finally, no one could really stop the inception of Maxx Mobiles and within in just two years of its commencement, Ajjay Agarwal’s company was doing wonders in the market. In just a couple of years the company had earned closely Rs. 50 Crore and there was no one stopping this man from being successful.

Ajjay primarily focused on the distribution channels and consumers and started providing good quality mobile phones at a comparatively cheaper cost, which eventually made Maxx mobiles as one of the few Indian ventures to have survived in that immensely competitive mobile market.

Ajjay Agarwal was rated as not legible to get to 10th standard according to our marvelous education system. But with time, he has proven that hard work and dedication can help you get the better of the worst of adversities. 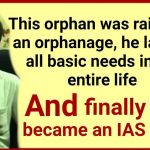 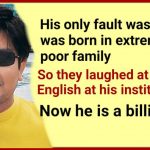