Arguably one of the most respected and well reputed careers, to become an IAS officer, it takes years and years of hard work, dedication and the greatest of desire possible. This also is quite an expensive course at times as it requires good quality coaching and study materials and here’s this person named Mohammad Ali Shihab, who has managed to pull off a spectacular 226 rank without any proper formal education.

Digging a little deeper into the story, Mohammad Ali Sihab was born into an extremely poor family in Kerala’s Malappuram district and struggled a lot in his early days of life. Sihab, his 5 siblings and mother were left stranded alone in this world as they lost their one and only bread earner in the family, their father, who died when Shihab was 11.

His mother was left with no other choice but to send all their kids to an orphanage as they had no source of income and even if his mother was going to do some small work, she would have struggled immensely to feel all six kids of theirs.

Shihab spent 10 years at the orphanage and after facing an incredibly adverse face of life, he completed his BA Degree, thanks to distance education. He did various jobs later on for some decent daily wages like unskilled labor, helper at a roadside restaurant, a teacher etc.

His younger brother, who became an Ayurveda doctor, suggested his brother to try for some government jobs and henceforth, he started preparing himself he started appearing for various government exams and cleared as many as 21 exams.

In 2009, Zakat Foundation from Delhi reached Kerala to pick some sharp brains who had the potential to clear UPSC exams and Shihab was one of those fortunate persons to get free coaching from their institution. Still, he had no money to buy all the sufficient materials for his education and the journey was not going to be easy.

After working incredibly hard for a couple of years, he finally cleared the UPSC exams with flying numbers. He secured 201 marks and ended up with a spectacular All India rank of 226. Hard work definitely pays off and this is one perfect example for that phrase. 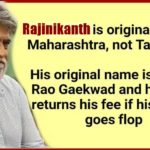 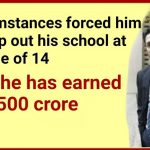