Hindi is recognized as the official language of 9 states and 3 union territories, and one of the two parliamentary languages of India. Although the language is widely understood by the majority of Indian citizens, Hindi has not been accepted as the national language of this country.

Myth: Hindi is our national language.

Fact: Clause 1 Article 343 of the constitution of India states that the official language of the Union shall be Hindi in Devanagari script. The constitution does not assume any language for that matter in the category of the national language. Hindi and English have been acknowledged as official languages of the parliament. However, every state can exercise the right to authorize a particular language through legislation.

Myth: Hindi is the most widely spoken language in India.

Fact: statistics reports claim that 60% of the population do not speak Hindi. Hindi has only been supervised in 9 states and 3 union territories. Gujarat High court has also stated in 2010, which says that no provision for Hindi has been accounted for in the history of the nation declaring it as the national language.

Fact: Article 365 allows you to direct your grievance or any official purpose either in your state language(s) or Hindi provided that the legislature of the state should allow the usage of the language until then English shall be the medium of approach for official work within the state.

Myth: Shall Hindi be made our National language?

Fact: Our Constitution that guarantees secularism and democracy cannot impose a particular language on its people as India is diverse and multilinguistic. Ruling out more than 1600 minority languages would also rule out the existence of minority communities who are deprived of education, job facilities, healthcare services, and so on in regressive sections of India as yet. 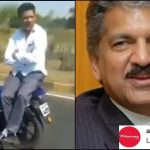 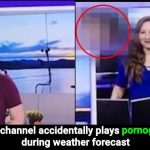