People rarely get a second chance at love but Bhojpuri superstar Manoj Tiwari is a lucky man in that regard. Manoj Tiwari has recently hit the headlines. Manoj Tiwari, who entered politics a few years ago, has again become the father of a daughter. Tiwari’s second wife has given birth to a loving daughter.

He was married to Rani in 1999 but the couple got divorced in 2012. Tiwari has a daughter with his first wife. He later married Surbhi at the behest of his elder daughter Jiya. His second wife has recently given birth to a baby girl.

During an interview recently, Manoj told that his daughter Jiya is close to his second wife and the daughter had only asked Manoj to get married again. Manoj Tiwari also said that Jaya had taken the responsibility that she would name her younger sister.

Speaking to E-Times, Manoj said, “Surabhi and I tied the knot in April during lockdown. She used to look after my administrative work. Actually, she is a singer and has sung a song with me in a music video. My daughter Jaya suggested that I should marry Surabhi. Surabhi and Jaya are very comfortable with each other.

On his relationship with X Wife Rani, Manoj said, “There is no bitterness between Rani and me. I always get in touch with Jaya who lives in Mumbai with Rani. I was very upset when I was separated from Rani”.

Surbhi shared a photo with her daughter who was born on 30 December. Sharing the photo on social media, Surbhi wrote, “A little angel came to my house. Daughter is born. Jai Jagdambay”

Manoj Tiwari is a well-known name in the Bhojpuri film industry. Manoj Tiwari has given many hit Bhojpuri songs which include songs like ‘Bagwali Jaan Mareli’, ‘Rinkiya Ke Papa’. The article was sourced from News24 Hindi. 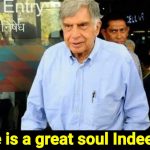 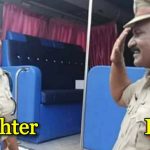