Actor-politician Ravi Kishan recently hit the headlines for expressing his interest and plans of making a biopic on PM Narendra Modi in Bhojpuri. Talking about the forthcomig venture, he said that PM Modi himself is the massive inspiration behind the decision.

Ravi Kishan added that Prime Minister himself inspired him to come up with the biopic in the regional language.

“His personality, style of working and the way he puts the country above him are what inspired me. Leaders like him are not born every day,” ANI quoted Ravi Kishan as saying during a press conference at BJP office, Patna.

Talking about Vivek Oberoi’s PM Narendra Modi Biopic, earlier this year, a Hindi biopic on PM Modi hit the screens starring Vivek Oberoi in the lead. The film which chronicles the life of the Indian Prime Minister is directed by Omung Kumar.

Titled ‘PM Narendra Modi’, the film which was initially expected to release before the Lok Sabha Elections 2019 was pushed by following the orders of the Election Commission and was finally released on May 24, 2019. The PM Modi biopic starred Boman Irani, Vivek Oberoi, Barkha Bisht, Manoj Joshi, in the lead.

Ravi Kishan who works as BJP’s Gorakhpur MP has a terrific acting career record spanning over three decades. The actor who is known for his immense contribution the Bhojpuri film industry has also appeared in several Hindi, Telugu, Tamil and Kannada films.

He has also appeared in many television shows, including reality shows- ‘Bigg Boss’ and ‘Jhalak Dikhhla Jaa 5’. 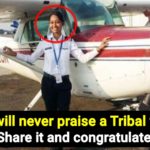