Ever since the three farm bills were passed in both the houses of the Parliament, farmers have been holding several protests across the country. Protest doesn’t seem to be getting over in the national capital.

Amid an ongoing protest against three farm laws, thousands of farmers from Haryana have gathered in support of the new laws and lauded the new farm bills passed by the Modi government. Several farmer leaders met Agriculture Minister Narendra Singh Tomar to extend their support to the new legislations.

In Madhya Pradesh, a huge crowd of farmers came out in support of the new farm bills. They threatened to hold protests if laws were withdrawn. The big boost for the government came from the famed farmers’ leader Sharad Joshi’s All India Kisan Coordination Committee (AIKCC).

Tomar said, “Members of All India Kisan Coordination Committee had come from Tamil Nadu, Telangana, Maharashtra and Bihar. They supported farm laws and gave us a letter on the same. They said that the Modi government has done this for the welfare of farmers and that they welcome and support it”.

Tomar said that the government is ready to hold talks with farmers. It is up to the farmers’ leaders who have to decide when they want the next meeting to be held.

Thousands of farmers, largely from Punjab and Haryana, have been staging protests against the farm laws and have taken pledge to intensify their agitation if the government did not withdraw the laws. There have been five rounds of talks between the Centre and representatives of 40 farmers’ unions so far and they have remained inconclusive.

The government has made it clear that it is ready for discussion anytime. But the farmer unions have said they would come for talks only if the laws are repealed. 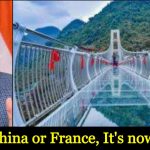 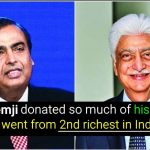