During winters, cauliflower is produced on a large scale in Bihar. Previously, the farmers were not getting the right price for their produce, but now they are getting 10 times the price.

The story of a farmer from Samastipur in Bihar is dong the rounds on social media. Om Prakash Yadav, a farmer of Muktapur village in Samastipur wasn’t able to fetch even Rs 1 per kg for cauliflower in the local market. He got so much frustrated that he ran a tractor over his fields and destroyed a significant chunk of agricultural produce.

Union Minister Ravi Shankar Prasad got to know about the problem of the farmer, he made a call to the common service center. The Union Minister directed his Common Service Centre (CSC) department to help the farmer by selling his crops in any market of the country at good price.

The Minister himself took to Twitter to share details of how farmer got right price for his crop. The VLE of the Common Service Centre contacted the farmer and helped him to sell his produce at an offered price of Rs 10 per kg in Delhi.

After the mutual consent between farmer and buyer, Yadav received half of the amount as an advance in his bank account and this morning the entire crop was loaded on the truck. Farmer received the remaining amount in his bank account while the cauliflower left for Delhi.

The whole amount of transportation was borne by the buyer. In this first batch, the farmer sold about 4 tons of cauliflower for which he got 10 times the amount from the local market.

Ravi Shankar Prasad said that the new farm bills will help Indian farmers. The new laws will give farmers the freedom to sell their produce anywhere in India, it will give them access to corporate buyers. 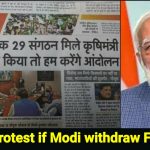 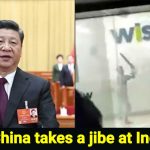