Since Sonam Kapoor is a star kid and is a nepotism material in the Bollywood industry, it was too easy for her to get good opportunities in movies without any difficulties considering the fact that she has close connections in Bollywood.

However, she never accepted that she got chance so easily in Bollywood for being a star kid. She was on the receiving end of trolls and abuses on social media. Recently, in an interview, she opened up about how last three or four months have been really tough for her. She revealed: “I had some stressful times in the last three or four months, mentally. 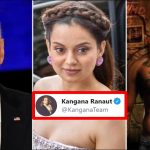 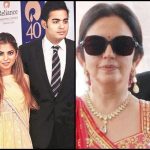