Sonia Syngal is the new CEO of Gap Inc

There is literally nothing that can stop a woman from touching great heights in life. Indian American Sonia Syngal has a rich example to women across the world that nothing is impossible. Sonia Syngal, the chief executive of Old Navy, which is owned by Gap is all set to take over at the parent company.

As per the reports, Sonia Syngal will replace interim chief Bob Fisher who is a member of the founding family behind Gap will also resign as chairman of the company’s board.

With the new post as the Chief Executive Officer, Sonia Syngal has set a great example as she has become the highest-ranked Indian American female CEO of a Fortune 500 company after Indira Nooyi resigned as the PepsiCo head in 2018.

Robert Fisher, son of Gap’s founder who has plied his trade as interim CEO while the company looked for a permanent replacement of the company is pretty much confident about Sonia Syngal. He believes that the Indian American woman will deliver the much-needed value from our portfolio of brands over the long term.”

The India-born Sonia Syngal moved to Canada and later to the United States when she was a child. She worked in many Fortune 500 companies, including 10 years at Sun Microsystems and six years at Ford Motor Co. before she joined Gap Inc. in the year 2004 as reported by TOI.

“It’s an honour to build on this company’s rich heritage and lead our nearly 130,000 employees in transforming our business and operations to successfully compete in the future,” The Indian Express quoted Syngal as saying.

“I’m committed to fully realising the potential of our portfolio and the advantage of our scale, with a focus on strengthening the love that our millions of customers have for our brands. To do that, we must better prioritise initiatives and capabilities that will improve execution and drive value creation,” she added.

men are tasked with prime responsibilities to run the family as they were considered as the sole breadwinners and you don’t often see many women-friendly policies.as they don’t go to offices as they are forced to sit at home and do household chores. On the contrary, men go to offices, stress a lot and work without seeing clock needles to earn wages either daily, weekly or on a monthly basis.

Women get very limited opportunities to study and were always considered inferior to men. They never really had the liberty to do what men were doing and hence they became homemakers. However, in the male-dominated society, Soniya Syngal set a great example for other women to follow suit.

So many stories never cease to touch our hearts and you need just one good moment to bring a change to your life and that is either learning from others’ experience or from your personal experience. Now after reading this story, you will think twice before moaning or complaining about your lavish life.

This is the story of a woman with a broken neck, who was born with a disability. We are talking about Radhika Gupta who is now a CEO of $4 billion Indian asset manager. When Radhika was born, she was found with a broken neck which left her neck with a permanent tilt, due to which she had to go through a lot of struggles, but now many women get inspired by her story.

It is worth mentioning here that despite all such difficulties and challenges, she touched the pinnacle of success. Let’s congratulate Namrata on her success. At 36, she has already set up India’s first domestic hedge fund and become the country’s only female head of a major asset manager.

When asked about her life’s ups and downs, Gupta said, “It gives you something, it gives you a good story to tell.”

Radhika was born in Pakistan where her Indian diplomat father was posted. Gupta spent her childhood with her father. She did her schooling from an international school in Nigeria. Radhika had to face several problems because of her broken neck but over time she learned to accept it as part of what makes her unique. She completed her graduation from Wharton School of the University of Pennsylvania. Despite completing graduation with excellent marks, she was rejected in interviews many times. At one point, she thought of committing suicide.

There is nothing in this world that can stop women from doing many many good things in life. They are bound to achieve at a very young age and also they are destined to get better and brighter when they become old. To achieve phenomenal things in life, a strong vision with intensity, tenacity and will power is just enough to drive one forward.

Case in point, Arundhati Bhattacharya who is one of the country’s best-known former bankers has been roped in by the US cloud-based service provider Salesforce.com Inc as its India chief executive officer, a source in the know of developments with knowledge of the matter told Reuters. 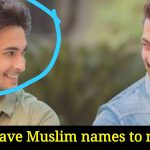