The Bigg Boss 14 Weekend k War episode took a dramatic turn when Abhinav’s sister-in-law Jyotika Dilaik got angry with Salman Khan. She got angry when Salman called Rakhi’s action on ‘Weekend Ka Vaar’ as entertainment. In a conversation with ETimes TV, Jyothika Dilak got angry at Rakhi’s actions and lashed out at the support of the makers and spoke openly.

Jyotika Dilaik said, “Rakhi Sawant thinks that pulling one’s drawstring is very casual and it is entertaining for them. But everyone is different. If it is normal or entertaining for one, it is not necessary that the other will also like it. Some people will find it entertaining, but some will not. We come from a family background where Pulling down someone’s drawstring is considered a bad thing. This is a person’s personal space and one should not cross that”.

Jyotika further said, ‘According to me, Rakhi should not have pulled the drawstring of Abhinav Jiju’s trousers. It was not good at all. Everyone’s opinion and definition of entertainment is completely different. But it was not good at all and I think the audience would also agree with me”.

Jyotika further explained how friendship and mutual relationships are changing in Bigg Boss house. She said, ‘Based on whatever happened in Weekend Ka Vaar, mutual relationships keeps on changing in Bigg Boss house. But I think only Nikki Tamboli has been loyal to Rubina and Abhinav till now. I used to think that Rakhi is genuine and she really likes Abhinav and Rubina, but the way she hit the flip, I can no longer trust any relationship in this house. Since everyone is playing a game, true relationships cannot be formed at home.

On the other hand, Jyotika Dilak took to Twitter to express anger against Salman and expressed her displeasure that she is describing Rakhi’s antics as entertainment. Rakhi Sawant is a total entertainer. People hire her only because she is able to raise the TRP of a show. Whatever she is doing to Abhinav, it is good for him.

Srishti Rhode, Rahul Mahajan and Ekta Kaul also came out in support of Jyotika Dilaik and they also lashed out at ‘Bigg Boss’ makers and host Salman Khan for supporting Rakhi. 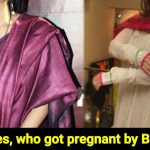 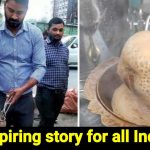