There have always been widespread speculations about ‘Bigg Boss’ that the sequence of events shown in the house is ‘scripted’. But people are still following the reality TV series since the inception. On the dark side, things have also turned worse within the four walls.

While people are forced to stay indoors considering the spread of the coronavirus epidemic, Bigg Boss, which is the popular TV show has already been doing this since its launch.

This show, hosted by Bollywood superstar Salman Khan, puts several celebrities within the four walls, where they are monitored in CCTV. Bigg Boss was inspired by hit European TV show Bigg Brother and is one of the most popular reality shows on the TV, which is controversial.

As a part of the agreement that is offered by the show, it tinkers with the personal lives including the patience of the contestants, known as “housemates”, this is exactly why notable celebrities have turned down the chance to be on the show till date.

Yo Yo Honey Singh who has a massive fan following in the world for his Indian rap music. He is one of the notable celebrities who have turned down the opportunity to feature on Bigg Boss.

He also revealed the reason behind not accepting the contract. He cited “low” amount of money that was offered to him and it didn’t take him much time to reject the chance.

Geeta Phogat, the 2010 Commonwealth Games gold medalist is another celebrity who has turned down the chance to be on Bigg Boss. Despite giving absolutely everything to bring glory to India as the first-ever Indian athlete to win a gold medal, Geeta seems to be pretty much happy to keep a low profile.

Ayaz Khan, popular Indian TV actor has denied the fact that he has been approached to feature on Bigg Boss. In an interview with Bollywood Life, Ayaz said, “I don’t know where this rumour is coming from. I have not got any calls from the makers. In fact, I don’t even know when it is starting this year.”

Rannvijay Singh is another name on the list of the celebrities who have rejected Bigg Boss. He is a former MTV Roadies winner-turned-host and is known to be a pretty familiar face on the Indian reality show circuit.

Achint Kaur is one of the celebrities to have turned down the offer to be on Big Boss. The popular face of Indian television has had a successful career and has a massive fan following. In a recent interview with news agency ABP, Kaur said, “I am not sure of it and to be honest I haven’t even been approached by the makers.”

Neha Dhupia, who is the successful celebrity judge of MTV Roadies and social media icon has also been denying the chance to be on the show considering the excuse that she likes to stay away from camera, which monitors the contestants 24×7.

Gaurav Gera, who is known for the knack of his comic timing was approached for the Bigg Boss show but he politely refused it.

When asked about whether he would like to be on Bigg Boss or not, he said: “Yes, I was approached for the show, but I am not going for it. I am a fan of the show… I love to only watch it.”

Mugdha Godse who is popularly known for her role in Madhur Bhandarkar’s hit film “Fashion” is the ninth time on our list to have rejected the chance to feature on Bigg Boss.

As per International Business Times, she cited payment related problems to be the reason for staying away from the show.

Evelyn Sharma who is one of the most popular figures on Indian TV has turned down to be on Bigg Boss. In an interview with IANS, German-Indian model said, “I think ‘Bigg Boss’ is the most entertaining show on Indian television.

However, I’m claustrophobic and I can’t be stuck in one house for so long. Plus, my new film starts shooting soon so my dates too were becoming an issue.” 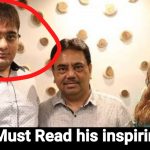 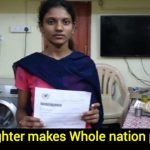