Vashishtha Narayan Singh was born on April 2, 1942, in a small village of Basantpur in Bihar. He did his schooling in Netarhat Vidyalaya, Jharkhand and then he moved to Patna Science College in 1963.

The early life of Vashishtha and John Nash is almost the same. They both were so passionate about mathematics that their mental health deteriorated. Nash was so crazy for math that he could not differentiate between right and wrong. He often went into his imaginary world because of mental illness. His craziness had gone to an extreme level. Once, he unknowingly tried to kill his own son, but somehow his wife handled him. Due to good care, he managed to come out of his imaginary world. Nash received the Nobel Prize for his landmark work.

On the other hand, Vashishtha Narayan Singh was not given any prestigious award for his invaluable contribution to mathematics. Vashishtha completed his Ph.D. from the University of California, Berkeley in 1969. Singh had also worked at NASA. In a famous incident when NASA computers got turned off before the launch of one of the Apollo launches, Singh’s mental calculations were found to be exact to the computer’s readings when the system came back on.

Vashishtha got married in Bihar in 1972 as per his family’s wishes and the couple left for America to begin their new life. He was suffering from metal degradation and he was taking pills to control it.

In a 2013 interview with the Business Standard, his brother by the name of Ayodhya Prasad Singh recounts this incident. “In America, Bhaiyya’s wife one day found him taking some pills and asked her father about them. That’s how we ourselves came to know about his illness.”

He came back to India in 1971 and joined IIT Kanpur as a professor. Later, he joined the Tata Institute of Fundamental Research, Mumbai. In 1973, he was appointed as a permanent faculty in Indian Statistical Institute, Kolkata. He had also worked as a guest faculty in Bhupendra Narayan Mandal University, Bihar.

With all the workplace changes and that too frequently, there was some change in his attitude as well. Seeing all this, his wife became distraught and left for her father’s house. “We do not blame her. Not everybody can live under such circumstances.” adds his brother, Prasad.

In 1976, their divorce was completed, and it immensely affected Vashishtha. “It had a huge impact on our brother. He suddenly became very withdrawn and stopped eating,” says Prasad.

He then started acting violently which was clearly seen in his behaviour and character. He was then admitted to Kanke Mental Asylum, Ranchi, which is now Central Institute of Psychiatry in Kanke.

In 1985, he was discharged from the hospital and taken home. However, Vashishtha ran away from his home in Bihar and it was after four years, they eventually found him.

Vashishtha was found loitering near a garbage dump in his ex-wife’s village. “After that, we have never let him out of our sight,” Prasad told Business Standard.

With the reunion, most publications published mathematician’s story. And so, many government officials planned to help.

It was Chief Minister Lalu Prasad Yadav who sent the mathematician to NIMHANS, Bengaluru, and offered government jobs to 5 of his family members. MP and actor Shatrughan Sinha had arranged for Vashishtha’s treatment at the Institute of Human Behaviour and Allied Sciences (IHBAS), New Delhi.

“They took very good care of him. He has been very quiet since he returned from Delhi,” said his younger brother, Dasrath Singh to Business Standard. Since then, he has remained calm and is being taken care of by his family.

In the year 2013, he was offered an academic position to share his knowledge to the students as a Visiting Professor at the Bhupendra Narayan Mandal University (BNMU) in Madhepura, Bihar.

At the age of 72, Vashishtha Narayan Singh died in 2019. Singh’s journey is often compared to Ramanujan’s. Singh’s life has been full of success and honors. 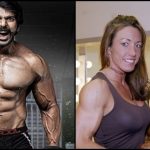 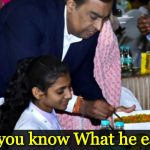