In this engineering obsessed country of ours, everyone aspires to see themselves in the best possible colleges and what Indians mean by best engineering college in India? No prizes for guessing, its the Indian Institute of Technology(IIT). When hundreds and thousands of people are fighting it out against each other for 1 or 2 seats in an IIT, inevitably most of them suffer a heartbreak and they try to figure out some other alternatives.

Amidst such competition, all the IIT preparatory institutions never fail to cash in and with time, IIT coaching is going beyond the affordability line to many. But Anand Kumar, a mathematician and columnist in various mathematics journals and magazines, has been providing IIT coaching of the highest quality from some time by his program “Super 30”, where he selects 30 students every year to provide them good coaching at a very meager cost.

One of his student’s, Shivangi from Deha Village located 60 km from the main city of Kanpur, made it and graduated from the IIT, but taking into consideration how difficult life was for Shivangi, she deserves some applause. Anand Kumar shared her story via his official Facebook account, hailing her incredible rise.

Shivangi used to sell newspapers and magazines from her father’s store and for a major part of her life, she received education from a government school in her village. One day when she learned that the “Super 30” institution is providing IIT preparatory coaching at very affordable rates, she immediately approached him and she got selected in the program.

The first photograph is of the time when Shivangi came to study in Super 30 with her father, and the other is of Shivangi today. While she was in school she sold magazines and newspapers on the roadside shop to help her father, handling the store completely alone when he went home to bring lunch. But whenever she would get time, she would study.

Shivangi hails from a small place called Deha which is around 60 kms away from Kanpur, Uttar Pradesh. She completed her secondary education from a government school there. One day she read about Super 30 and came to me.

While at Super 30, she became a part of my family. She would address my mother as ‘dadi’ and we felt she is our daughter. Whenever my mother’s health was impaired, she would help and sleep next to her. IIT Results were announced and she was preparing to go to IIT Roorkee. She had tears in her eyes and all the women in my family were also crying. It felt as if we were giving away our daughter to someone else. As she was leaving, her father said that people have dreams and sometimes these dreams become reality but he never had such a big dream.

Even today, Shivangi keeps in touch with our family. As soon as we got to know that she has got a job, my whole family was immensely happy. My mother was the happiest and all she said with tears in her eyes is that she hopes to be blessed with daughters in her next life too.” 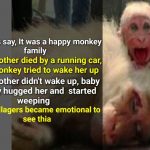