In heartbreaking news, Israeli Prime Minister Benjamin Netanyahu’s eldest son Yair tried to defame Hindu faith by posting a picture of the Hindu goddess Durga, with the face of Liat Ben Ari, the prosecutor in his father’s corruption cases, superimposed over the goddess’ face.

Taking to Twitter, 29-year-old Yair, who is very active on social media and often defends his father’s policies, shared the picture of Hindu goddess.

However, his tweet did not go down well with social media users. Several Hindu people have literally set social media on fire after they had turned down the defamatory tweet posted by PM Netanyahu’s eldest son.

His anti-Hindu and hateful tweet invited several people to criticize him. Following his tweet, people lashed out at him for defaming the Hindu community. Later, Yair sought an apology from Hindus after he faced flak from some Indians who found his tweet to be “quite offensive”.

“I’ve tweeted a meme from a satirical page, criticising political figures in Israel. I didn’t realise the meme also portrayed an image connected to the majestic Hindu faith. As soon as I realised it from comments of our Indian friends, I have removed the tweet. I apologise,” he said in a tweet.

It is being told that Israeli Attorney General Avichai Mandelbit’s face was superimposed over that of a tiger accompanying the goddess under a caption.

The Twitter users were furious and gave their reaction over the post with some Indians harshly criticising him for the offensive tweet while others giving him the benefit of doubt and attributing it to general ignorance about the Hindu faith in the West.

Yair, who has made controversial statement several times, was appreciated by some Israelis for “showing courage in apologising for his mistake”, but was also condemned in equal measure by others for “being irresponsible”.

Earlier this month, Yair issued an apology to journalist Dana Weiss for appearing to suggest the top news anchor had attained her position through sexual favours, according to a local media report. 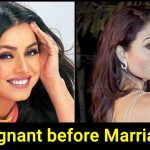