Priyanka Chopra is famous in the USA because she appeared in American Television Series – Quantico, a thriller drama caught the attention of the viewers. Also, she is also known for the knack of singing songs as well. The popular ones are In My City ft, Will.I.am Exotic ft, Pitbul -I cant make you love me.

‘My mother manifested him’: Peecee on her marriage to Nick Jonas

While talking to Winfrey’s official YouTube channel, Priyanka Chopra Jonas spoke about how her mother actually had dreamt a man for her, and manifested it which led to her finding Nick, falling in love with him, and finally getting married.

Quoting her memoir ‘Unfinished’, Winfrey added: “I read where you said your mom, you think, dreamed him up, or had some spiritual force in bringing him into your life, because you’d been in bad relationships and your mother said, ‘I hope that one day you just meet somebody who sweeps you off your feet.’ And then, along comes Nick Jonas…”

Priyanka Chopra JOnas laughed and said, “I may have judged the book by the cover. I didn’t honestly take it very seriously when Nick was texting me. I was 35, I was like, ‘I want to get married, I want to have kids. He’s in his 20s, I don’t if that’s something he’d want to do’. I did that to myself for a while, till I actually went out with him.”

PeeCee also heaped praise on her husband, calling him a “self-assured” and a “sensible” man. “[He is] so excited about my achievements, my dreams. It’s such a true partnership that he offers me in everything that we do together. I truly believe that my mom manifested him. 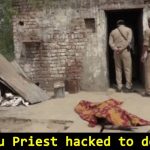