Ashok Shrivastav was born and raised in a middle-class family. Although their roots were in Banaras, his father had settled in Bombay and worked in the Hindi film industry for several years to obtain a livelihood. He formed close personnel with well-known actor Guru Dutt, and after his death, disheartened, he left for Delhi. He lodged at the Times of India as an admin. The veteran journalist talked to The Youth on September 2, 2020 and walked us through his life journey.

Ashok Shrivastav received his education in Delhi. He was enrolled in Kirodimal college, University of Delhi. By the time he completed his masters, he had secured a job in a weekly newspaper. In his early college days, he was freelancing in both photography and writing. He had reported several times for prestigious newspapers such as Navara times, Jansatta, and Sunday Mail. “Article ka paisa kam milta tha lekin ek photograph ka paisa zyada milta tha, doosri baat yeh thi ki agar vo photograph filmstar ki ho aur vo coloured photograph ho toh zyada paisa milta tha (I could not make much by writing articles though, photographs however earned me relatively good. Besides, I earned even more if the photos happened to be of a filmstar in colours.)”, he explained in the telephonic interview.

He visited Bombay once in two months. Having interviewed celebrities and recorded them on film, he used to relieve his pocket expenses. His father was a commoner, he grew up alongside four sisters and financial troubles had been running in his household ever since. After clearing his matric examination, he earned his first job in a shop as a “handyman”. The financial struggle etched in his college days. He was allotted twenty rupees a month!

Shrivastav had a strong challenge to overcome; his MA exams were on the edge and in the meantime he was directed to Bhopal, Madhya Pradesh, and brief about the ongoing elections. He did not sit for the exam and decided that he will become a reporter.

The truth must come out

In 1992, he witnessed and reported on the demolition of Babri Masjid in Ayodhya. In 1993, the Hazratbal mosque was besieged by terrorists. Despite fatal circumstances, he stays put in Kashmir and successfully reported on the events. He was awarded through the hands of Bharat Ratna holder and the leader of the opposition, Atal Vihari Vajpayee. He recalls his initial days in Kashmir, he was young, terrified, and naïve at heart; he assumed without reason that the Kashmiri youth had concealed guns akin to AK47 under the disguise of ferrans. Post stay in Kashmir, he realised that the Kashmiri youths are neither separatists nor terrorists, and surprisingly many of them are pure nationalists.

He went to Kishtwar to report on elections and on forwards, he has been covering news in Kashmir, be it elections, Amarnath land row, or Gogji Bagh encounter. Even during the dissolution of Article 370, he reached Srinagar and reported on the events. The relationship between Kashmir and the rest of the world had come to cessation at that point. Ashok said that the separatists did not want Kashmir to look ‘normal’ in the eyes of national media. Somewhere the abetment of the article did not affect the lives of the Kashmiri people as portrayed in the mainstream news channels. “merely an emotional issue” Ashok Shrivastav retorted. “humare toh poorvajo ne kaha tha article 370 hona chaiye” was their response.

The only issue that they faced was the loss of connectivity and internet facilities which seemed an evident problem especially in the world of 4G and mobile phones. People stepped out of their houses to celebrate Bakra Eid, the shops and the markets were open and they purchased groceries and meat without hindrance. Once Ashok had asked his cameraman to shoot a particular scene at a supermarket and in an unforeseen manner, the customers hurdled stones at them. They were injured, their car windshield was broken.

In the course of journalism, Ashok met Arun Showvik, a columnist. Arun informs Ashok that his sister Nalini Singh is seeking a journalist who is also a perfectionist in Hindi grammar and dialect. Ashok joined DD news and started anchoring in a popular program, Aakhon Dekhi for three years. Opportunity knocked on the door when he was selected as executive editor for a new channel, Surya TV. However, the channel could not be launched and Ashok lost all his means of earning. He opened a production house on his own but that too failed to make a statement. Dejected, and desperate to work, Ashok applied for anchoring in Doordarshan.

Ashok wanted a ‘partime’ job to work and at the same time, spare no effort to reestablish his production house. After the final interview, he came to understand that he is going to become a ‘full time’ news anchor.  He left the idea of anchoring for the channel together with restoring his studio. He began working for DD news and it has now continued for the last eighteen years.

About his book, Narendra Modi ‘Censored’

Ashok in his book throws some light on the infamous conversation with Prime Minister, Narendra Modi, in 2014. He says that DD had already lined up to abort the interview due to tremendous political pressure. The tape was kept in disguise for two days. Rendered with no help from his company, Ashok had ‘leaked’ the video on social media, however, the video was allegedly ‘censored’ when streamed on media platforms.

A very important segment that was ‘censored’ revealed that Narendra Modi, refused to comment on INC leader, Priyanka Gandhi, as an act of maturity and respect despite facing political attacks from the Congress government. “Her role is of a daughter to her mother, and of a sister to brother,” Narendra Modi said during the interview. He also disclosed that he has been friends with Congress political advisor, Ahmed Patel which didn’t go down too well with the congress

Do journalists somewhere divide on the ideological line?

Ashok says that the rift between right-wing politics and left-wing politics is predominantly old but the conflict has somewhat increased due to the emergence of social media and youth power.  There was a time when people surmised the sole left/left-centrist ideology. Media had become a stooge of the ruling government and owing to a less advanced population, nobody could ‘challenge’ them in academics, journalism, or politics.

In the last six to eight years, the right-wingers succeeded in voicing their opinions through various social media platforms. Such values endorsed became more popular and agreeable among the audience. People shifted to another alternative which seemed ‘different and new’. To maintain a balance, journalists shifted their focus from radical to reactionary, from left to right politics. The reaction was enormous and welcoming. Both parties have now the power to express their opinions in a democracy.

Who is your role model?

Ashok says his life and the forthcoming situations have been impacted upon not by one, but many influential leaders. He has been inspired by personalities like Swami Vivekananda, Subhash Chandra Bose, Bhagat Singh, Chand Shekhar Azad, Indira Gandhi, and Narendra Modi.

Transparency in a journalist’s income

Pakistan was convinced that Parbhushan Yadav was indeed a RAW agent, however could not file enough evidences in the International Court of Justice. Amid the brewing tension, few newspapers from India had printed the story without administering proper sources or facts. A boon for Pakistan’s conspiracy, four of these articles were presented in the court to support their theory.

The story of Parbhushan Yadav drove Ashok to ask himself if these journalists were ISI funded; he also realised that many journalists enjoy certain luxuries such as expensive cars or bungalows which a simple man in this profession cannot afford. Naturally, such income cannot be produced in the field of journalism unless it is administered as bribe or illegal endowment by topmost politicians or criminals.

The ultimate goal of this movement is to expose the source of income for many renowned journalists. Often they can be heard talking about corruption , yet they themselves are unclear about their bank records. “Everything should be out in the open” Ashok said. Ashok has started a petition on change.org and thereafter mailed the PMO of India and urged his coworkers and friends to join hands. Since three years he has been peddling this movement but did not succeed. After the pandemic , he is planning to write to the press council.

Message to every journalist

Our country has been struggling with news and fake narrative for many years. In the last eighteen years , Ashok has strived to fight hoax and deception on his television program . Ashok says that a journalist cannot be ‘two faced’ and provide myth before reality . A journalist should avoid gossip and investigate the authenticity of the news before it is published. We live you with one of his speeches. Watch below… 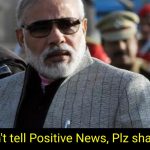 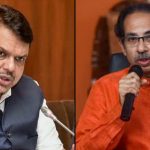