Mukesh Ambani is the owner of the second-most expensive home in the world, which is, Antilia, ranks after Buckingham Palace. Antilia is worth Rs 1,40,000,000,000 (14,000 crore rupees or USD 2 billion). The expensive mansion has 3 helipads on the roof.

Despite being the fourth-richest man in the world, Mukesh Ambani is also one of the most humble and simplest persons one would come across. His wife Nita Ambani said that she liked Mukesh’s simplicity and humility during the time of their courtship. Due to Mukesh’s busy schedule, the couple could only go out for one hour at night and just wander around the streets of Mumbai. Instead of taking his lady love to fancy restaurants and bars, Mukesh Ambani preferred having vada pav with Nita Ambani from the roadside cafes. He would even travel on public transport with her.

Mukesh Ambani is not fussy about food. He likes experimenting with all sorts of foods from the posh restaurants to the roadside cafes. His favorite foods places are Mysore Café in Matunga and Swati Snacks. Mukesh Ambani is so fond of Swati Snacks that if someone is going to the place he always asks for a parcel for himself. Mukesh Ambani also enjoys chaat at Chandni Chowk. With time he has also developed a liking for Thai food as his children love Thai cuisine. Also, he loves thali cuisine especially when they are traveling outside India. According to Mukesh Ambani, he does not mind having anything as long as it is vegetarian. 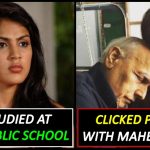 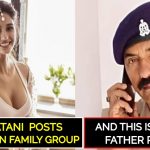