Meanwhile, a new report claims that the China-based company which owns TikTok may consider selling it to Reliance Jio. Tech Crunch reported that the “two companies began conversations late last month and have yet to reach a deal”.

It has been learnt that TikTok’s business in India “is being valued at more than $3 billion”. However, Reliance Jio were yet to comment on the report.

Popular application TikTok has been reported to have approached Mukesh Ambani-led Reliance Industries Limited (RIL). A new report also indicates that TikTok chief executive officer (CEO) Kevin Mayer approached senior RIL executives to analyse if RIL is indeed interested in a stake in the app’s India division. As of now, RIL didn’t comment on the development and dismissed them as “speculation and rumours”.

“Our company evaluates various opportunities on an ongoing basis. We have made and will continue to make necessary disclosures in compliance with our obligations under Sebi rules and our agreements with the stock exchanges,” the RIL spokesperson told the publication.

Soon after the Indian government announced the ban on TikTok, along with 58 other applications over national security concerns, TikTok CEO Kevin Mayer who is also the COO of ByteDance explained how employees are the company’s “biggest strength” and their wellbeing its “topmost priority”.

“We have also assured more than 2,000 strong workforce that we will do everything in our power to restore the positive experiences and opportunities that they can be proud of,” Mayer added in a blog, addressing the company’s India staff.

It has also emerged that what is TikTok’s loss, could be good gains for the Indian startups that are attempting to fill the gap left vacant by the ban. 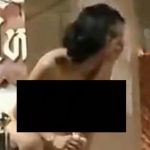 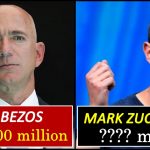